Showing posts from April, 2018
Show all

5 Railroads That Never Saw The Light of Day

In my last blog, I began to explore railways which were built, but ultimately could not be finished, due to lack of funds. Today's blog is on railroads which were planned, but ultimately never built. Perhaps unsurprisingly, there existed many more ideas for railroad lines than would be considered practical, and most importantly, profitable . Four of these lines come from North Central Illinois, although that is not to say that unbuilt railroads did not exist everywhere across the country. 5) The Cincinnati Subway System Cincinnati was one of the fastest growing cities at the beginning of the 20th. Century. The city allocated $6 Million for construction of a subway system to help ease congestion and overcrowding of the inner city...except estimates to complete the project began at $12 Million and only escalated from there. The project was halted during World War I, and after the war had ended, costs began to skyrocket, and the infrastructure around the tunnels was beginnin
7 comments
Read more 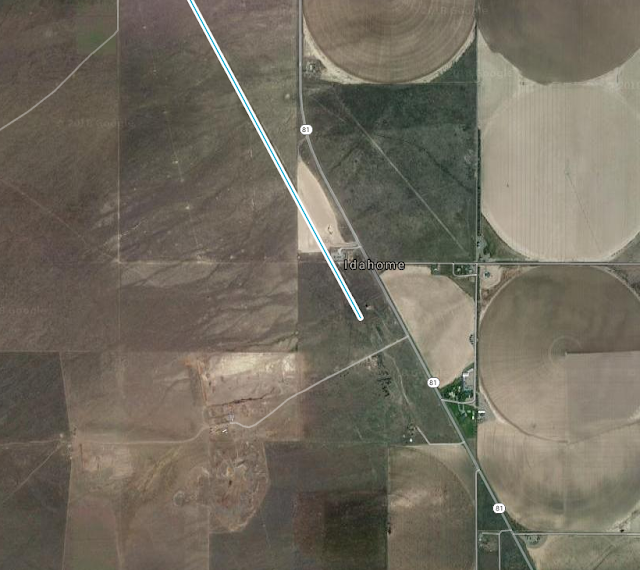 In spite of the fact that not every railroad was ultimately a good idea, there is only one litmus test for whether or not a line gets built, and that is money. If a line had the funds, bonds, land grants, or in any combination thereof, it was usually built, although it is common for lines to be planned for much longer routes than they ultimately traverse. In Part 1 of this blog, we explore three railroad lines which were only partially built. In Part 2, which comes out tomorrow, we discuss four railroads which weren't built at all, but nonetheless were planned, graded, and even have ghost infrastructure! 3) The Raft River Branch of the Oregon Short Line Railroad End of the (built) Line Located in southern Idaho, Idahome is an unremarkable former end of the line of the Raft River Branch of the Oregon Short Line Railroad, a subsidiary of Union Pacific. According to Wikipedia, the community was named by a railroad surveying party that found a bag labeled "Idahome Flou
Post a Comment
Read more

April 20, 2018
I found this trivia quiz while looking for information on the Trout Farm Bridge over the DuPage River  with a ton of good information on Bolingbrook's History. I figured it was worth preserving in case the Angelfire site it was hosted on ever went away.  So hope you enjoy! BOLINGBROOK TRIVIA QUIZ 1. What year did (non-Indian settlers reach the present day Bolingbrook area? 1830 (I thought it was 1832...?) [It was.] 2. What Indian tribe occupied the Bolingbrook area in the early 19th century? Pottawatomi 3. What year did Old Chicago open? 1975 4. What event inspired the nickname "Bolingbrook-by-the-sea"? Cornfield Regatta 5. Who was a) the first(and only) "Commodore" and b) what was name of the prize for the event in question #4? A) Terry Little and B) the Fabled Flamingo Cup 6. What was the name given to the area along the East Branch of the DuPage River because of the natural springs located there? Fountaindale 7. What is the oldest church in Bolingbrook, yet
Post a Comment
Read more 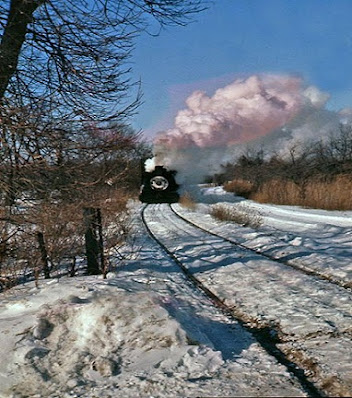 "This is the way the world ends, Not with a bang but a whimper." - The Hollow Men by T.S Eliot. Many railroads and railroad companies have come and gone over the course of the last two centuries. While the railroad network is much smaller than what we had in 1917, the list of railroad companies is even smaller than that. The industry has consolidated, such that most formerly independent companies have now been integrated into the Class I railroad network that we know today. To put that into perspective; in 1925 there were 174 Class I railroads. Today there are 7 in the United States, including Amtrak. Short lines still exist, of course, but are nowhere near as prevalent as they once were. As their fortunes are ever changing, some lines are wildly successful and others whimper away until they are abandoned, and forgotten. And then there are those that go out with a bang. Here are 4 Railroads whose lives were cut short due to unforeseen disaster. #4) Illinois Midland
3 comments
Read more

(Source: ravinia.org ) As the 19th Century progressed, the railroad industry enjoyed a monopoly on the long distance travel within the United States, and most other countries. The railroads opened the West to development, travel, and communications with the developed East. In many cases, the railroad industry was directly responsible for developing towns west of the Mississippi River, having been given land grants by the United States, and passing those lands onto would-be travelers looking to settle on the land, giving another reason for people to move out west. Yet the 20th Century saw the rise of the automotive industry and roadway development, and suddenly the railroads weren't the only way to get somewhere. Many towns that had been planted the century before were progressing and growing. Many more had disappeared off the map entirely. The industry needed new ideas to stay relevant with regard to passenger traffic. The link between the amusement park industry and the ra
1 comment
Read more
More posts