Showing posts from May, 2019
Show all

A Ride on the Coopersville & Marne Railway 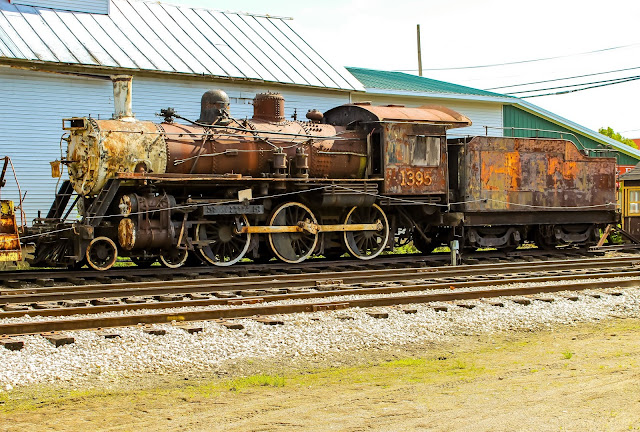 In our previous blog, I discussed our trip to Western Michigan, and the railroad history I discovered during our visit. I chose to split the trip into two blogs due to its length, and secondly, because the Coopersville & Marne Railway is alive and well, having preserved a section of the old Grand Trunk Western route between its namesake towns.  We visited on Memorial Day before heading home, and in a nice touch, all veterans, uniformed or not, were granted free passage on the train. The first thing I noticed upon driving up to the Coopersville station wasn't the train itself, but rather, a big, beautiful, but rusting steam engine on the opposite side of the platform, which I learned was once Canadian National 1395. CN 1395, one of a few pieces of rolling stock on C&M property. Not used, nor are there any current restoration plans. Here's a postcard of what it looked like in its heyday. There were a few other pieces of rolling stock that weren't in
Post a Comment
Read more

The Forgotten Railways of Western Michigan 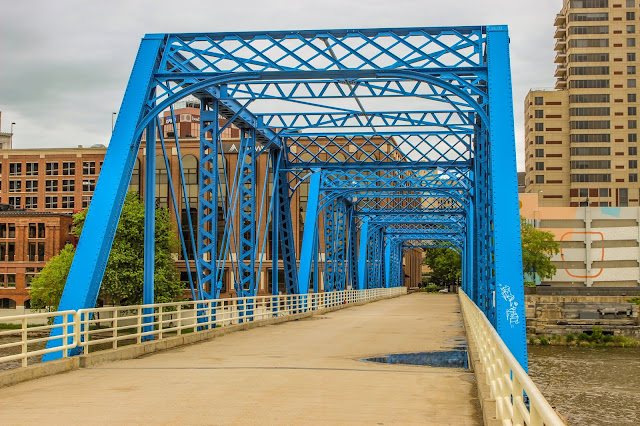 This Memorial Day Weekend, we stayed with a friend in Southwest Michigan. For me, it was a chance to step outside of the Chicago area and take in some of the history and ambiance of the other side of Lake Michigan, including its significant railroad history. I even managed to learn a thing or two! I had not traced the right of way where the Blue Bridge now stands today and learned it was a former GR&I line into downtown Grand Rapids, for example. Just like many places in the United States, Michigan is full of abandoned railroad corridors . While there are many differing reasons for abandonment, the majority of abandonments in Michigan mirror the rest of the United States; competition from the US Highways and Interstates, as well as the ongoing efficiencies and technological advancements that the railroad industry is undertaking. One of the really neat exhibits at the Grand Rapids Public Museum is a map of what Michigan's highway system looked like in 1920, 1960, and
Post a Comment
Location: Grand Rapids, MI, USA
Read more

Railroad Art and Artists: Scenes of Fantasy and Bygone Days 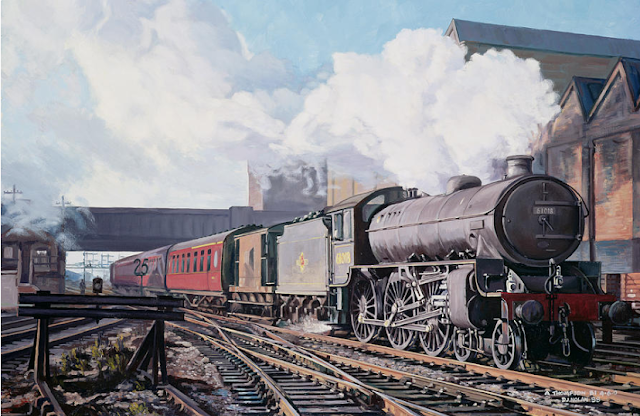 Railroad scenes, both historic and contemporary, lend themselves to those who have the gift of the artists' touch, something I learned that I do not have very early in life. Being a fan of steam engines, history and steampunk, I created  Steampunk Railroad  as a side project to share interesting artworks. Given I've joined a few Facebook groups and websites devoted to the subject, I figured it was time to share and discuss some of my favorite works of railroad art, and the artists who made them. " A 'Thompson' B1 Class Moving Empty Stock On A Cold February Morning "  Painting by David Nolan While my focus is generally on the abandoned and forgotten railroads of the world, and their history, I also like seeing rolling stock in action, and I'm definitely not alone in that, given how many people traveled across the country just to see UP 4014 in action. 7) Philip D Hawkins Philip D. Hawkins  is a British Railway artist and member of the Guild of
Post a Comment
Read more 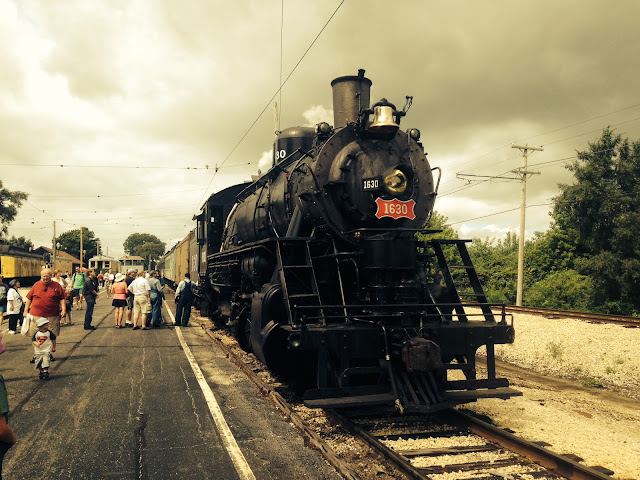 The Illinois Railway Museum is one of the largest railroad museums in the US, located in Union, IL. It has active rolling stock along what used to be the right of way of the Elgin & Belvidere Electric Railway, having been in its current location since the early 1960's. IRM 1630 - An ex-Frisco steam engine, running during my 2014 visit. According to its website, "the mission of the Illinois Railway Museum is to educate the public as to our nation’s railroad and railway history by collecting, preserving, and restoring rolling stock, artifacts, structures, and related transportation equipment for display to the public; exhibiting and operating restored rolling stock and equipment on a demonstration rail line; and collecting, preserving, and maintaining a reference library of publications, technical information, and other materials regarding railroads, railways, and related forms of transportation for research and other purposes." The museum has dozens of
Post a Comment
Location: 7000 Olson Rd, Union, IL 60180, USA
Read more
More posts