Showing posts from February, 2019
Show all

Illinois Route 129 is hardly unique among State Routes in that it is a former alignment of US Route 66, specifically the 1940 realignment, but it is an interesting both for its time as The Mother Road, and a more modern case study in deteriorating infrastructure in this country, as is used to be much more robust than its current 4-mile alignment between I-55 and IL-113 in Braidwood. For those looking to traverse Route 66, however, you'll find many more roadside attractions on the adjacent Route 53, like the  Polk-a-Dot Drive In  in Braidwood, or the  Gemini Giant  in Wilmington. Former bridge over railroad tracks at Braceville on IL-129 (Formerly US-66). Image:  Library of Congress But today's blog is on IL-129. It's a product of the Interstate System, as it  gained its number in 1960  when US-66 was rerouted onto a new freeway slightly west of the 1940 realignment, in anticipation of what would become US-66's replacement, I-55, which is what it is today. IL-
1 comment
Location: Braidwood, IL, USA
Read more

Poor's Manual of Railroads of the United States 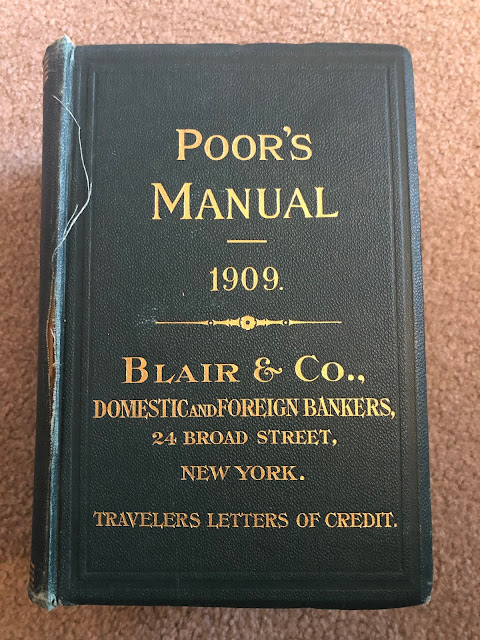 Before the days of the internet, the only way to get information on the railroad industry was through documents, photographs, maps and books on the railroad industry. One of the most comprehensive books on the industry came from Henry V. Poor, of what is now Standard & Poor's , or S&P. "Poor's Manual of Railroads" was a reference book that was published in the United States during the 19th and early 20th centuries. Poor began publishing a manual on railroads in 1868, which was geared toward investors at the time, and included information railroad companies and their capital, rolling stock, expenditures, and other financial information on any particular railroad in the United States. The Poor Manuals remained in annual publication until 1924. Before the days of the internet and being able to access company reports in seconds, the "Poor's Manual of Railroads" was an essential resource for those in the railway industry, including investors, opera
Post a Comment
Read more 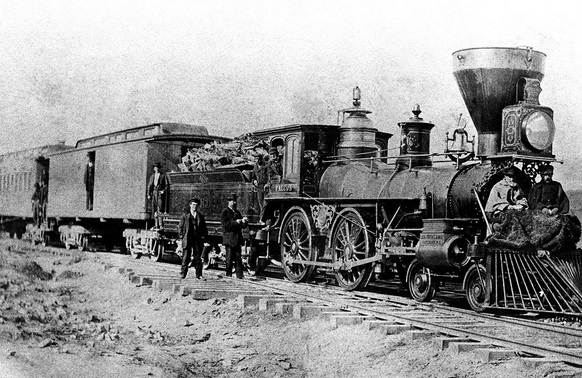 Abraham Lincoln was born on February 12, 1809, and before becoming the 16th President of the United States, was a practicing attorney near Springfield, Illinois. Although he moved to Illinois as a young adult, he was born and raised in neighboring Kentucky . In his adulthood, however, Lincoln worked as a lawyer in Illinois, and represented several railroad companies in legal cases. Lincoln's work as a railroad lawyer helped him gain a reputation as a skilled attorney, and it also gave him a deeper understanding of the issues facing the railroad industry. Lincoln's work for the railroads also allowed him to make important contacts in the business world and in politics, which would later prove valuable to him as the 16th President of the United States. He also worked on cases involving contracts, property disputes, and other legal issues. Much like property attorneys today, Lincoln's work on these cases involved researching and analyzing legal precedents, preparing and arguin
1 comment
Read more

The Forgotten Industrial Railways of Plainfield

Growing up in the next town over, I was a little jealous of all the railroad activity of our neighboring village of Plainfield. That isn't to say Bolingbrook is barren in the railroad world, however, despite what some historical societies would have you believe. Plainfield is the home of an  Elgin Joliet & Eastern Railway junction (now run by CN), and once had interurban railway service via the Aurora Plainfield and Joliet Railroad . I have discussed and photographed some history of each of these lines on my Facebook page, including the EJ&E caboose  on display off of IL-126. But today, we're going to talk about two of the most obscure railroad operations which occurred in Plainfield, the Material Services Railroad and Chicago Gravel Company, both of which helped create many of the lakes in the Plainfield area after the gravel operations were depleted.  The ice ages that began 1.8 million years ago left many stone deposits in the land of northern Illinois. Quarryi
9 comments
Location: Lake Renwick Heron Rookery Nature Preserve, 230 W Renwick Rd, Plainfield, IL 60544, USA
Read more 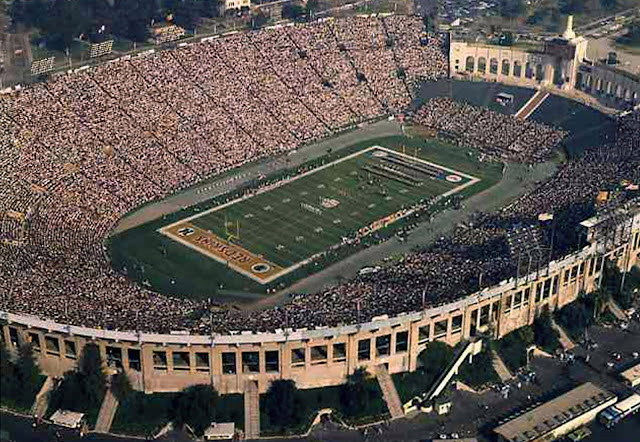 The first Super Bowl took place at the Los Angeles Memorial Coliseum , owned by the University of Southern California . It was played on January 15, 1967, as the championship game between the NFL (National Football League) and the upstart AFL (American Football League) and marked the first time that the two leagues had come together to play for a single championship. The two leagues would merge in 1970 and would codify the "Super Bowl" name, making the previous championship games that would pick a winner of the league only a semifinal match to determine who plays in the Super Bowl. Image: Los Angeles Coliseum, 1967 . The stadium broke ground on December 21, 1921, opening two years later. Throughout its lifetime, it has been home to the USC Trojans , the NFL’s LA Rams (1946-1979; 2016-2020), LA Chargers (1960, 2018-2020), and LA Raiders (1982-1994), the XFL ’s LA Extreme (2001), the MLB’s LA Dodgers (1958-1961), and several other professional sports teams. The first Super
Post a Comment
Location: 3911 Figueroa St, Los Angeles, CA 90037, USA
Read more 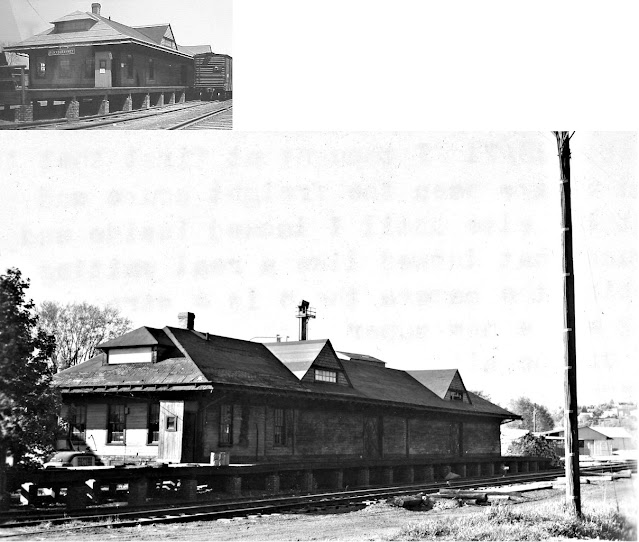 It’s Groundhog Day ! And of course, Punxsutawney, PA has some forgotten railroad history. The North Western Railroad of Pennsylvania was envisioned as a connection between Pittsburgh and Altoona, PA, first proposed in the 1880’s. The line never made it to either of its proposed endpoints, but was constructed between Fordham in the west, and McGees Mills in the east, and thus passing through Punxsutawney, for about 21 miles in length. The line was acquired by the Pennsylvania Railroad , becoming one of the over 2,000 companies that were part of its system. Passenger service along the line ended in 1940, but freight continued up until the 1980’s along the line. Punxsutawney, PA Station . Railroad Station Database After its closure, most of the line was sold to private parties, but a 4 mile stretch was saved as the Mahoning Shadow Trail .
Post a Comment
Location: Punxsutawney, PA 15767, USA
Read more
More posts