Showing posts from March, 2020
Show all

The Marquette and Huron Mountain Railroad 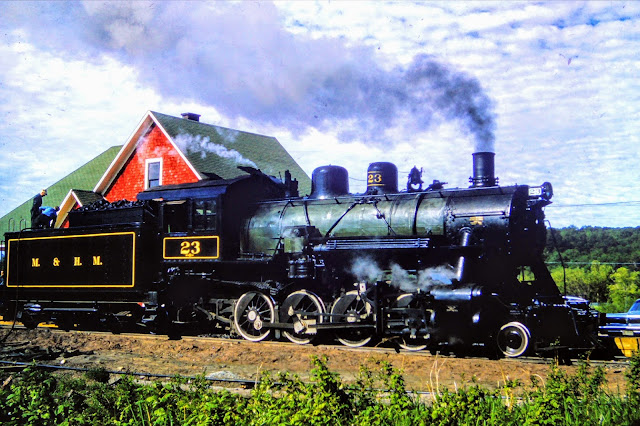 The Marquette & Huron Mountain Railroad was a heritage railway line that ran along the ex- Big Bay Branch of the Lake Superior & Ishpeming Railroad between Marquette and Big Bay, MI, starting operations in 1962, once freight hauls along the branch ceased. ( Right of way )   Marquette & Huron Mountain Steam Engine no. 23 in 1964. Forgotten Railways, Roads & Places Photo Collection (unknown photographer) The right of way began as the Marquette & Southeastern Railroad, which was merged into the Munising Marquette and Southeastern Railway in 1911 via a consolidation with the Munising Railway. In 1923, a much larger operation, the Lake Superior and Ishpeming Railroad took over operations. The route mainly handled lumber during its life before the heritage line took over, and as supply dwindled during the 1940's-50's, so did revenue. By 1962, the line was slated for abandonment before the M&HM Railroad was formed to operate the line as a heritage railway.
Post a Comment
Location: Marquette, MI, USA
Read more 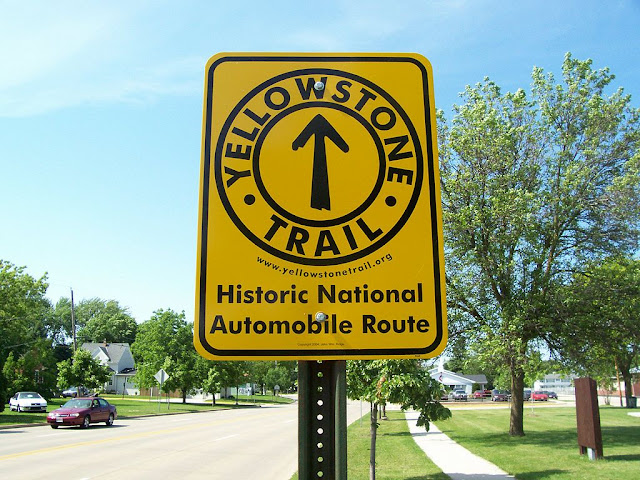 In the early 20th century, with the advent of the automobile becoming inexpensive enough to be affordable by the Middle Class, America's highway infrastructure was nearly non-existent.  Road networks were essentially a series of dirt roads and plank roads outside of major cities, and the interurban  railways of the day were usually more reliable forms of transportation.  Historic Yellowstone Trail Marker in North Fond du Lac, WI. Image: RoyalBroil, Wikipedia Commons From these paths, an informal network of roads began to coalesce that would be become known as Auto Trails . Today we're going to look at this system, and how from the Auto Trails, the US Highway System, and later the Interstate Highway would come to fruition.  To understand the Auto Trail in the context of transportation history, one must go back to the beginning of the development of the transportation system of the United States, which begins thousands of years before the United States even existe
Post a Comment
Location: Broadway & W 42nd St, New York, NY 10036, USA
Read more Glenrio is a ghost town located at the state line of Texas and New Mexico, and parts of the settlement were located on either site of the state line. While it is a ghost town today, it has a unique distinction as having been a stop on a railroad, an auto trail, and a US Highway, making it of interest to both ghost town explorers and transportation historians.  It was originally named Rock Island for the railroad that ran through the town, as it was platted by the company. In 1917, the Ozark Trail came to town, in what would become a predecessor to US Route 66 in the 1920's. Image and history:  Kathleen Maca   The Chicago Rock Island & Pacific Railroad would abandon its line between Amarillo, TX and Tucumcari, NM in 1955, leaving Glenrio without rail service.  Not much later, Interstate 40 would replace Route 66, with a grade running 1/3 of a mile north of the town. By the 1980's, there were only a handful of residents, and most of the buildings today lay abandoned, no
Post a Comment
Location: Glenrio, TX 79045, USA
Read more

The Dachau Concentration Camp: My Experience (By Jet Lagged Jaff) 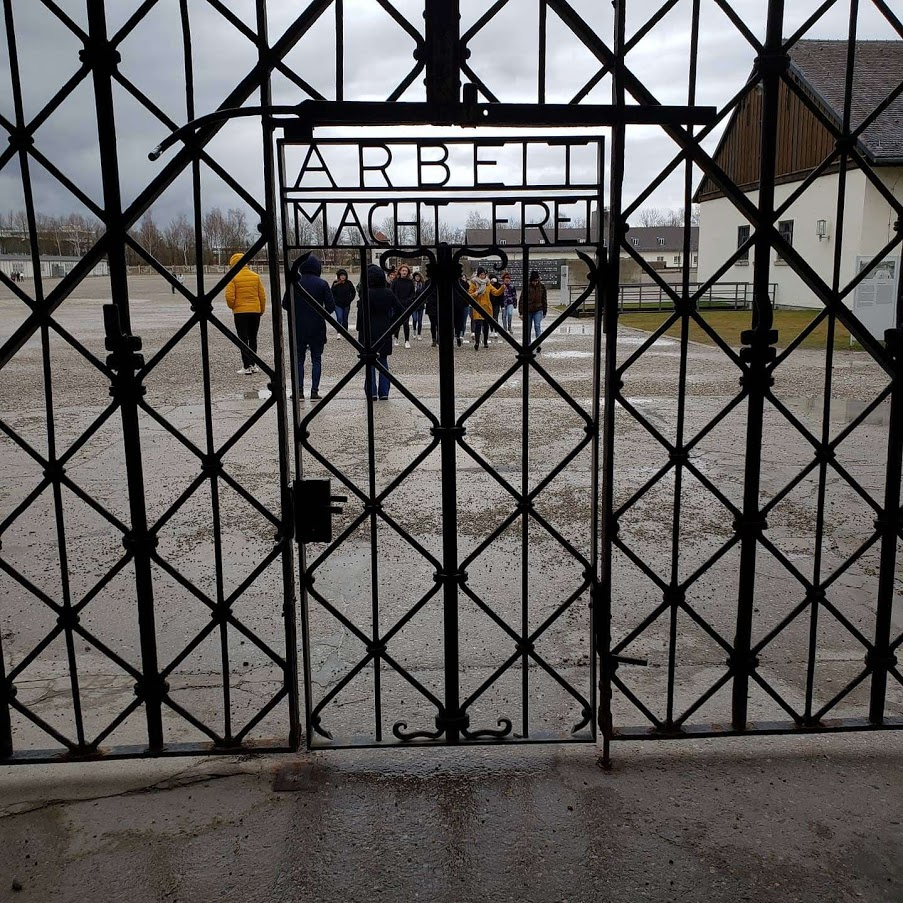 Our friend who goes by JetLaggedJaff recently completed a visit of Europe, and among the spots he visited was the Dachau Concentration Camp . He has graciously shared his visit and thoughts on this extremely harrowing place in which unspeakable atrocities occurred against humanity. We'll let him continue from here... First of all, would I recommend a place like this for a visit? Absolutely. It may have been frightening, but it was also an experience you would not want to miss when you visit Germany. You can read all about the Holocaust in textbooks, but visiting Dachau will definitely give you a true connection with the prisoners. You will definitely grow as a person and have a deeper understanding and compassion for the people that died. Entrance to Dachau, which translated means " Work Sets [You] Free ". The phrase appears on many concentration camps. Dachau Concentration camp was the first concentration camp to open in 1933. It was originally intended to ho
Post a Comment
Location: Alte Römerstraße 75, 85221 Dachau, Germany
Read more 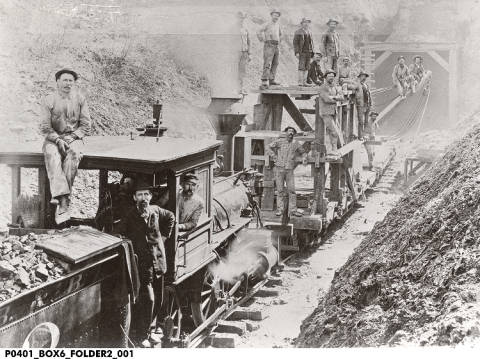 The Bloomfield Branch of the Monon Railroad featured the only railroad tunnel along the Monon's right of way, near Owensburg, IN. The tunnel was aptly named the Owensburg Tunnel . ( Right of way ) Image: Owensburg Tunnel under construction. Indiana Historical Society, c.1895. The line started at Bedford, IN and headed west to Linton, IN, running just over 45 miles in length. Bloomfield is both a town on the former route, as well as a predecessor railroad for the route, as it was originally the Bloomfield Railroad . Originally a narrow-gauge operation, the Monon converted it into standard gauge, and as such, had to expand the tunnel to handle wider loads of freight. By 1935, the branch was abandoned, and the tunnel has since been rendered inaccessible on either end. Thanks as always for reading!
Post a Comment
Location: Owensburg, IN, USA
Read more 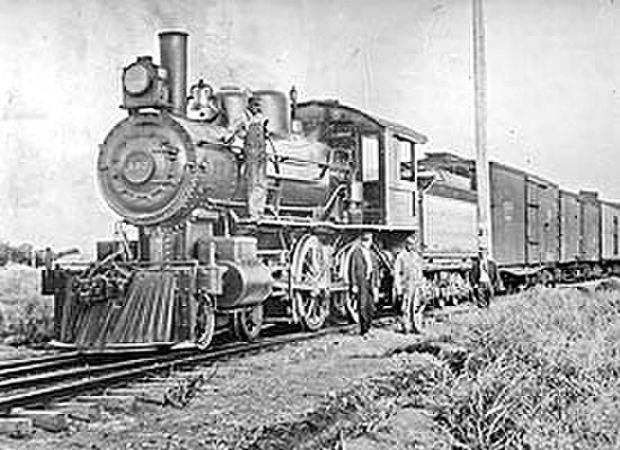 The Idaho Southern Railroad connected Gooding , ID and Jerome, ID, with construction being completed in 1909. ( Right of Way )  Idaho Southern Steam Locomotive. Image: Gooding County Historical Society The line ran round trip service daily along the 22 mile route, supplanted by service on either end by the Union Pacific Railroad's predecessor, the Oregon Short Line Railway. Nonetheless, it remained independent throughout its short life, as UP had no interest in acquiring the right of way, as it already served each of the towns along the route, albeit connecting via Bliss, ID to the west. Between Gooding and Wendell, the road acted as sort of a shortcut that bypassed Bliss, but beyond Gooding, the line curved east and largely paralleled the still-existing UP line.  A Gooding County Situation Analysis described the road as follows, "Gooding County can boast of its railroad, Idaho Southern Railroad, that was incorporated for $250,000 and made its first run December 28, 1908. The
Post a Comment
Read more 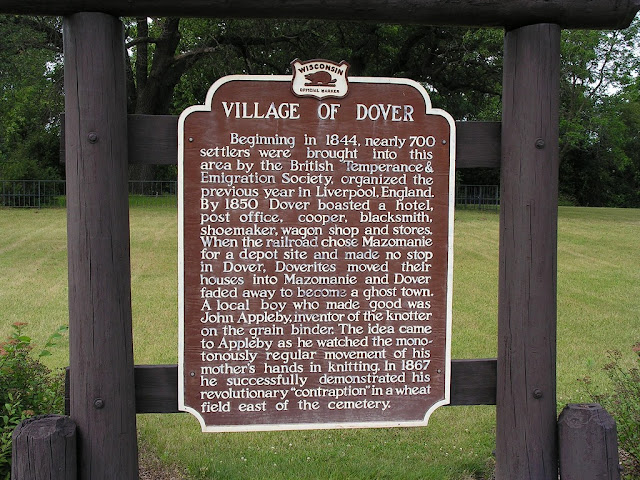 The United States of America has been a haven for immigrants literally since its inception, initially mostly from western Europe, and eventually the rest of the world. Towards this end in the 19th Century, the British Temperance Emigration Society was an organization formed in 1842, who's goal was to secure land in the United States for new immigrants from the United Kingdom. The society moved 700 settlers into a new townsite in what was then the Wisconsin Territory in 1844. It became the town of Dover , and four years later, Wisconsin became a state. Dover was initially prosperous; however when the Milwaukee Road built a railroad that bypassed Dover for the nearby town of Mazomanie, WI, most families relocated, and the town was abandoned shortly thereafter, reaching a population of zero around 1870, becoming another one of numerous ghost towns across Wisconsin and the rest of the US. Wisconsin Historical Marker at the location of Dover. Further reading: " Ghost Town Dover
Post a Comment
Location: Dover, WI, USA
Read more 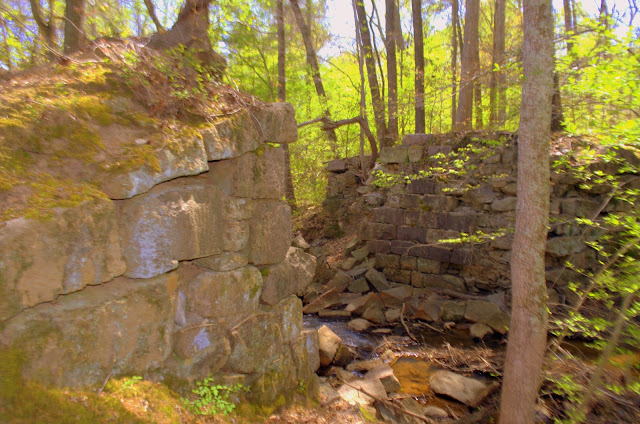 The Commonwealth of Virginia's first common carrier railroad, the Chesterfield Railroad , was first planned in 1827 as a tramway between Richmond, VA and the mines 13 miles west of town. Scottish mine owners would name the area Midlothian , which remains the name today. ( Right of way ) Construction was completed in 1831. The line ran with mule power as opposed to the new steam engines of the day. The workload of transporting coal from the mines nonetheless led it to being the most profitable railroad in the world at the time. Image: James Shelton, "The now damaged granite block eastern and western abutments that were part of the Falling Creek Railroad Bridge of the Chesterfield Railroad." However, the continuing passage of time would not be kind to companies who refused to invest into new technology. The line's success would continue until it was largely supplanted by a steam railway, namely the brand new Richmond and Danville Railroad , which ran just to its north.
Post a Comment
Location: Richmond, VA, USA
Read more
More posts