Showing posts from June, 2021
Show all

The Great Locomotive Chase on the Western and Atlantic Railroad 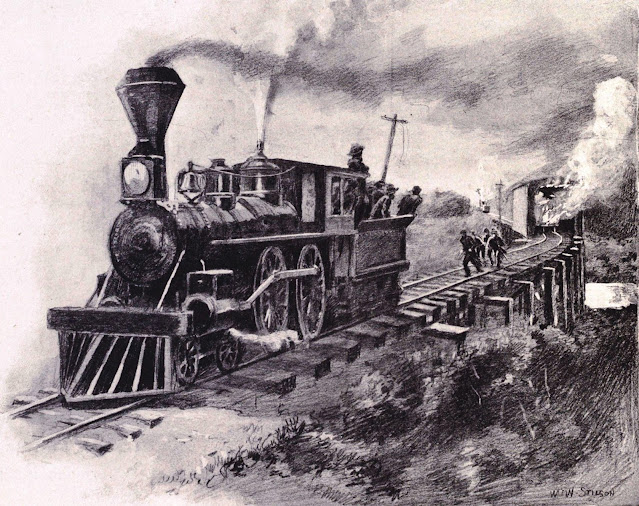 On April 12, 1862, during the Civil War , Union Army members and sympathizers commandeered a locomotive named " The General " and moved northward along the Western and Atlantic Railroad , which connected Chattanooga with Atlanta, and was a vital link for the Confederacy. The General was no. 3 in the W&A roster, a 4-4-0 type locomotive, also known as an "American Standard".  The General was stopped at Big Shanty, Georgia (now Kennesaw ) for breakfast for the crew and passengers when it was taken. The Union members, led by a civilian scout named James J. Andrews, did as much damage as they possibly could to the line during the raid, but were soon being chased by Confederate soldiers in another locomotive, The Texas , over a distance of 87 miles. Union troops had cut telegraph wires along the line, and thus the Confederacy could not warn the forces of the situation. "The General" Steam Engine . Illustration from a book called Deeds of Honor . The event wa
Post a Comment
Read more 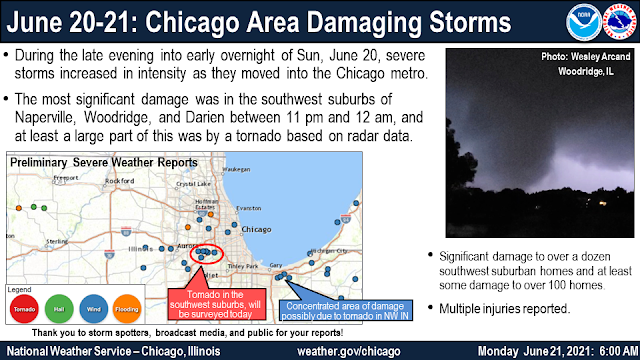 It's been awhile since we've had any notable weather events in the Chicago area, as the summer thus far has been quite hot and dry, and even when storms have threatened the area, a persistent flow of dry air has largely diminished them, leaving a significant drought.  The same weather dynamics were in play yesterday afternoon when a band of thunderstorms and rain quickly dried out, bringing little to no rain, particularly south of Chicago. However, a second band of storms developed behind those, prompting torrential downpours, significant lightning, strong wind gusts, and, of course, tornadoes. While we are a history website, what better time is there than to discuss history immediately after it occurred? This is also one of the most significant tornadoes to impact the Chicago area since January of 2008 , and as the storm damage is still being analyzed, and it is the first EF-3 since 2015, when a tornado struck between Coal City and Braidwood.  National Weather Service Bulleti
1 comment
Location: Woodridge, IL, USA
Read more 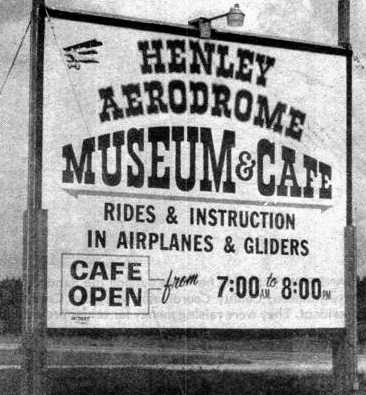 Henley Aerodrome  was a small landing strip in Athol, Idaho which was built in 1973. (Location on our Abandoned Airports Map ) Henely Autodrome Sign. Undated photo via Airfields-Freeman. In 1981, the land was sold, and the landing strip would eventually become part of  Silverwood Theme Park , which it remains to this day. The story of conversion from airport to theme park is one of tragedy and unforeseen circumstances, but also a resolution to rebound from those circumstances, and become bigger and better. It was founded by Clay Henley in 1973, who would pass away just four years later in 1977. During his time, one could ride in an airplane and receive pilot's lessons. Despite, Henley's death, the airport was saved, as it was then purchased by an aviation history enthusiast named Gary Norton, who was looking to build an aviation museum out of the property, similar to the Illinois Aviation Museum on the site of Clow International Airport.  A c.1970's photo by of several bipl
Post a Comment
Location: 27843 US-95, Athol, ID 83801, USA
Read more

The Palatine, Lake Zurich & Wauconda Railroad connected its namesake villages in northern Cook County and Lake County. It first operated in 1911, forming a line from just northwest of  Palatine Station , north to Wauconda for a route of just over 12 miles in length, generally paralleling modern-day US-12 and Old Rand Road throughout its trek through the county.  An image of "Old Maud", its most famous steam engine, which was scrapped along with nearly every item of the railroad. Photo: Palatine Historical Society. I've wanted to do a blog on this rail line for some time, but I've been stopped by the fact that a great blog on the topic was already written by Diana Dretske of Lake County History , so I needed some material to discuss on my own if I was to prevent this from being too duplicative of a blog.  ROW of the Palatine Lake Zurich & Wauconda Railroad on our Abandoned Railroads Map with Bing Light Canvas Basemap. I've also briefly touched on the line
3 comments
Location: Wauconda, IL, USA
Read more

The Last of the Suffixed Illinois Highways: Illinois Route 116A 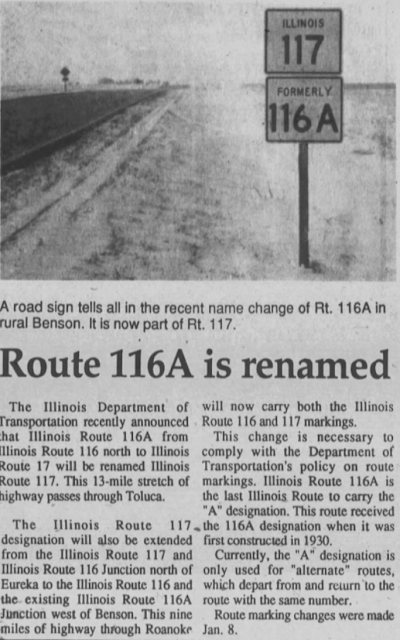 The last suffixed Illinois State Highway, Route 116A, lasted a lot longer than you might think, as it wasn't replaced until 1993. Image and article:  Woodford County Journal , 1/21/93. I wonder where that "Formerly 116A" sign is now... Illinois Route 116 originally ran from East Peoria to Ashkum on an alignment similar to how it does today, with two exceptions; it was replaced in favor of US-45 slightly east of Ashkum when I-57 was constructed, and the most notable change was it was extended west to IL-94 to completely replace  US Highway 124 .  At Benson, IL-116 made a pretty abrupt turn south, and a spur went north to Toluca and IL-17, this was known as IL-116A. IL-116A first appeared on maps in 1930 as the road between Benson-Toluca, which it would remain throughout its life. 1930 Illinois State Highway Map While many suffixed highways existed in Illinois' State Highway system, they were either replaced by extensions of existing routes (as is the case with 116A),
Post a Comment
Location: Toluca, IL 61369, USA
Read more 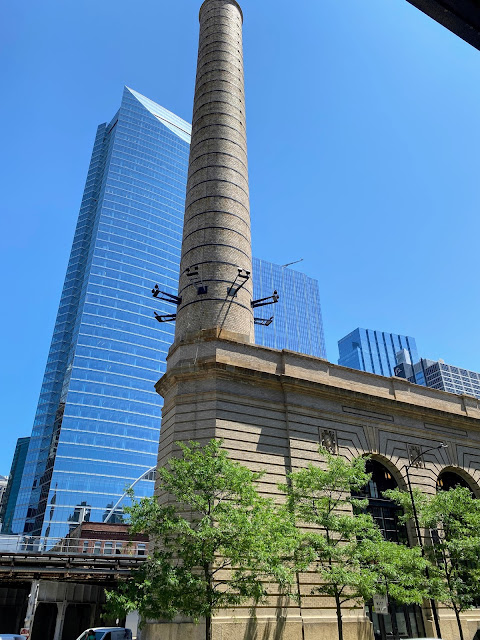 Just beyond Ogilvie Station , which was originally named North Western Station, in the West Loop of Chicago exists a smokestacked building that seems to be lost in time amidst the development of the area, and that is the old C&NW Power House , which once powered the eponymous station immediately to its south.  The smokestack is at the end of the building and really jettisons out, making it difficult to photograph all in one picture! (FRRandP Photo, June 2021) First constructed in 1909 and completed two years later, the building was used to power North Western Station, where the Chicago & Northwestern Railway trains terminated in Chicago.  Looking at the building along Clinton St, with skyscrapers visible from the Loop east of the Chicago River. (FRRandP Photo, June 2021) It is the last remnant of the North Western Station, which was demolished in 1984 and reconstructed as Ogilvie Station, which it remains today. "In 1911, Frost and Granger designed a new large passenger t
Post a Comment
Location: 217 N Clinton St, Chicago, IL 60661, USA
Read more
More posts