Showing posts from April, 2019
Show all

There are numerous online resources for almost anything you could want to know about railroad history. That being said, there are still some questions that I've been unable to find a definitive answer to, and I'm not alone. An old  Ghan  Locomotive. Image:  RadioMuseum.org For example, it's quite easy to find information on the longest train trip in the world, the  Trans-Siberian Express.   But what is the longest stretch of  abandoned  railroad right of way in the world?  The answer is hard to come by, because of several reasons, mostly in how one defines "abandoned". This even comes into play on this list, as most lines are abandoned piecemeal, and some stretches can reactivate over time. Thus I'm not sure if I'll ever have a definitive answer to that question, but in my time mapping the world, I've come across five lines (and one incomplete line) that are among the world's longest stretch of abandoned right of way. It would
2 comments
Read more

The Forgotten Railways of Japan (By Jet Lagged Jaff) 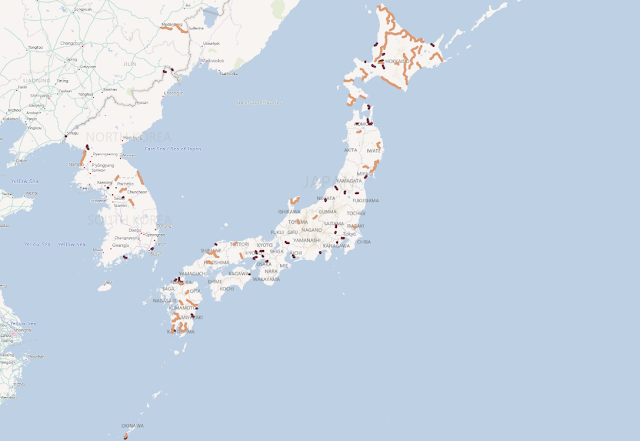 This month, I made my first trip to one of my favorite countries. Going to Japan was a childhood dream of mine. It was definitely an experience that I will always cherish and never forget about. One of my favorite things about Japan was the development of their railroads and trains, especially the Shinkansen ( Bullet Trains ). What I am also intrigued in about Japan is the utilization of space. To me, the Japanese are the most  efficient when it comes to using up any land space they can find, and this is exactly what they do when it comes to their abandoned railroad lines, of which there are many. The abandoned rail lines in Japan that have been found on the  abandoned and out of service railroad lines map , including Okinawa. Much of these were  secondary JNR lines  abandoned in the 80's, but at least a few lines were  damaged beyond repair in the 2011 Japan Earthquake . While some of the ruins of old rail lines exist , such as the Shihoro Line , and some have been converte
1 comment
Read more 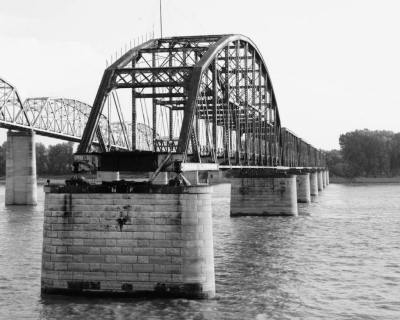 My project to map the abandoned railroad corridors of the world began in my home state of Illinois, and as such, I thought it would nice to revisit the area and discuss some of the many railroad bridges in the state that no longer serve any traffic, including those lost to history. According to Bridgehunter.com , there are over 1,400 bridges that were built in Illinois that are no longer standing. And even bridges that still exist, there are many hundreds that no longer serve any traffic whatsoever, including pedestrians. Today, we're going to look at just 10 of these, which barely scratches the surface of how many lost bridges there are in this state, and indeed the rest of the country, but if there's enough interest, this can certainly be revisited in future blogs. Any other bridges you have photos or information on, please share in the comments! 10) Alton Bridge over the Mississippi River at Alton, IL Image: Clayton B. Fraser for the Historic American Engineering Rec
2 comments
Read more 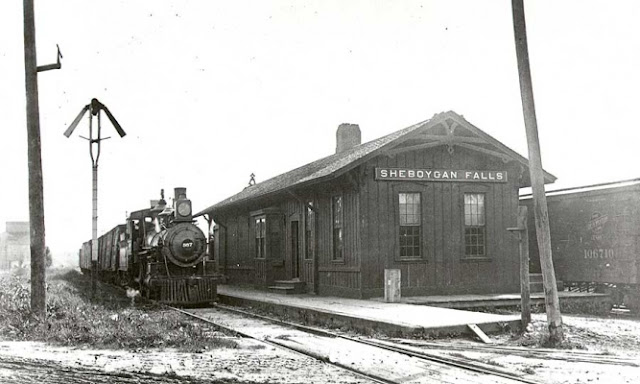 The Sheboygan & Fond du Lac Railroad ran between its namesake cities in Wisconsin, beginning service in 1852. Like many Wisconsin railroads, it was a subsidiary of the Chicago & Northwestern Railway .  It was incorporated five years earlier , and fully incorporated into the CNW system upon the creation of that company in 1859. Sheboygan Falls Station. This is west of Sheboygan on the line to Fond du Lac. C&NW Historical Society archives collection. As a CNW subsidiary, it eventually built northwesterly toward Marshfield, WI as the  Marshline Subdivision . This is a copy of the notice placed in the Princeton Republic as the Sheboygan & Fond du Lac Railroad neared completion of its plans to lay track to Princeton in 1872. The route between Fond du Lac and Sheboygan was abandoned exactly 100 years later. But that was not the last of the railroad. RSD5 1666 is idling while the crew waits for a Milwaukee Road train to pass. Behind the photographer is a diamond and smash-boa
Post a Comment
Location: Sheboygan, WI, USA
Read more
More posts