Showing posts from January, 2019
Show all

The Forgotten Railways of Hawaii 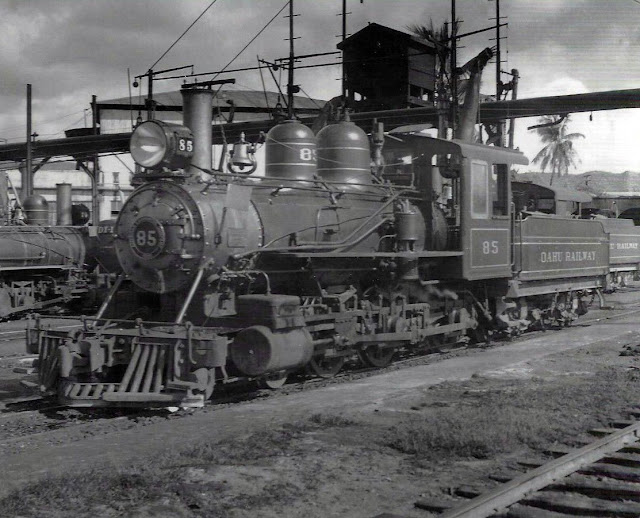 Railways may not be the first thing you think of when it comes to the "Aloha" State, but indeed the island is still home to a couple small railroads. Oahu Railway & Land Company Locomotive 85, Oahu Railway & Land Company 4-6-0 #85, now on display at the Hawaiian Railway Society on Oahu. Image: american-rails.com Historically, the Hawaiian archipelago was actually home to many railroads , and at least one ran on each of the main Hawaiian Islands. In today's blog, we'll explore some of these railroads. Island of Hawai'i The Island of Hawai'i, otherwise known as the Big Island, was home to the only standard gauge railroad in the future State of Hawaii, the Hilo Railroad, which later reorganized as the Hawaii Consolidated Railway. A story map tells the story of the railroad much better, and more in depth, than I ever could. Map of Hilo, HI, showing the route of the Hawaii Consolidated Railway. Source: University of Wisconsin-Milwauke
Post a Comment
Location: Hawaii, USA
Read more

Cabooses On Display Around Chicago 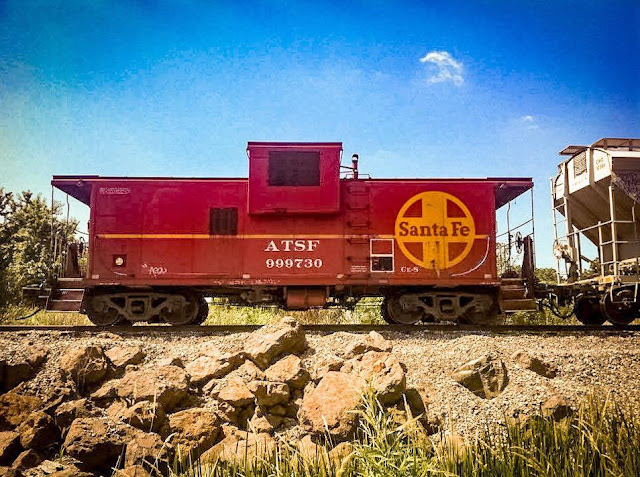 The caboose is the ultimate relic of a bygone era in railroading. All but completely removed from revenue service, most cabooses today sit idle as reminders of railroads which once traversed this country. They frequent museums, stations, and the yards of the random railfan. ATSF 999730 at the rear of the Argonne Switcher operation in July, 2014. There are still some cabooses in service, usually for local operations, where an operation requiring heavy switching can benefit from a crew at the rear of the train, which is the case for the Santa Fe caboose above. Cabooses were used until 1982 for safety reasons, and to transport crew. The US Government deregulated their use, and as such, they became nearly obsolete as crew members dwindled from an average of 7 per train, to an average of 2 today. End of train devices and cars are now the norm, and what would wind up replacing cabooses, which allows both engineer and conductor to ride in the front of the train. There are a number of
17 comments
Read more 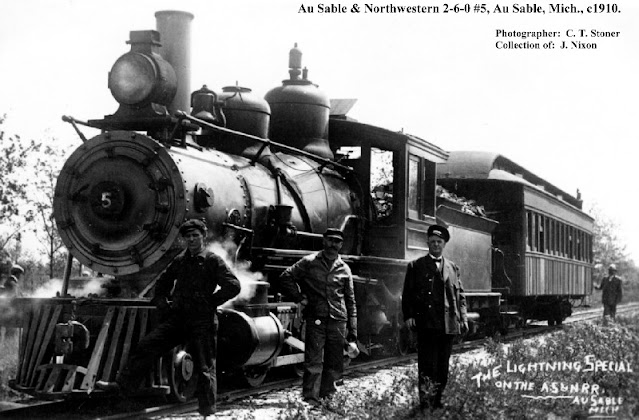 The Au Sable & Northwestern Railway connected Oscoda Twp., MI with the logging country to its north and west, ending near Comins, MI for a distance of roughly 55 miles. ( Right of way ) " The Lightning Special on the AS&N RR ." C.T. Stoner photo, c.1910 Originally a collection of a few different logging railroads, most notably the J.E. Potts Lumber and Salt Company and the Potts Logging Railway, the AS&NW began operations in 1887. Towards the line's north end, a spur connected Fairview, MI to E of Rocky Ranch, MI . Via MichiganRailroads: Photo Info/Credit -  Au Sable & Northwestern locomotive works in the woods near Messinger Brothers, Comins, MI. By 1914, the line had been incorporated into the larger Detroit & Mackinac Railway , who made it a standard gauge operation. The line would not last long however, as operations to Comins were abandoned in 1927. Very little of the right of way exists today. Thanks as always for reading!
Post a Comment
Location: Comins Township, MI, USA
Read more

The Forgotten Railways of Chicago: Pilsen 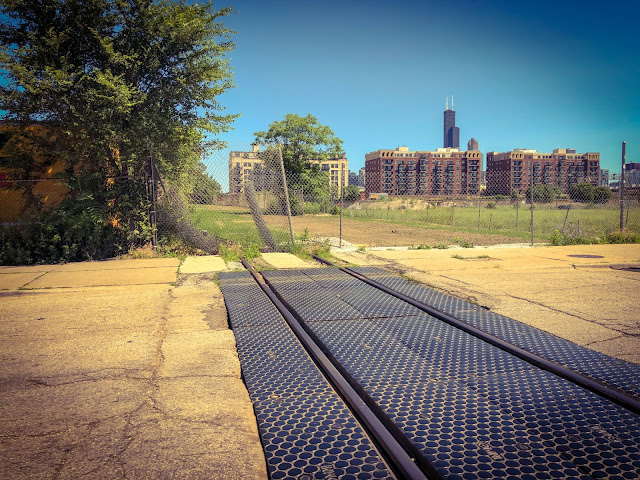 As I've discussed before, the City of Chicago has been most radically transformed in the recent past near the Chicago River. The area east of the river (and south of Roosevelt), once home to large railyards and industry, has been transformed into parks, condos and shopping centers. But what about the area west of the river? This is where things get a little more confusing, as East Pilsen is still quite industrious, but at the same time, is also undergoing some of the change that has been seen on the other side of the river. West Pilsen is now home mostly to shops, businesses and homes.  With the occasional tracks to nowhere. The history of Pilsen is interesting in its own right, and I highly suggest reading up on it, but my focus is on the gradual decline of railroads, especially in the last decade. If you're interested on the history of neighborhood, I recommend this page from  WTTW .  But from the photographer's perspective, it's quite easy to witness
Post a Comment
Location: Pilsen, Chicago, IL 60608, USA
Read more

Rails into the Wilderness: The Port Arthur, Duluth & Western Railway 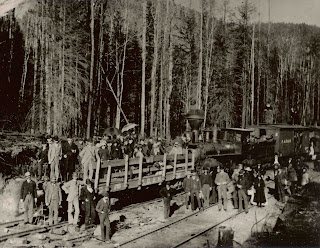 Hi everyone, my name is Dave and I’m a guest blogger for this week. Many thanks to Andrew for allowing me the opportunity to write about this unique and relatively unknown railway. I’m a history teacher and railway historian from Thunder Bay, Ontario . My interest in this line began back in 1990, and I began formally researching it a few years later. It’s now been 25 years and I’m still at it. I’ve spent a lot of time in the woods of northwestern Ontario and northeastern Minnesota following the grade and exploring nearby mines, ghost towns and logging camps. This project has also taken me to numerous museums and archives in Ontario, Minnesota, Wisconsin and Illinois. So, I guess I should tell you a little about this railway. The original idea for constructing this railway dated back to 1872 when the Thunder Bay Silver Mines Railway was incorporated. Silver had been discovered southwest of what would later become the twin cities of Port Arthur and Fort William , Ontario and promote
Post a Comment
Read more
More posts