Abraham Lincoln was born on February 12, 1809, and before becoming the 16th President of the United States, was a practicing attorney near Springfield, Illinois. Although he moved to Illinois as a young adult, he was born and raised in neighboring Kentucky.

He would first become a figure in national politics when he was elected to the US House of Representatives in 1846. He vowed to only serve one term and returned to his law practice upon his term's expiration.

In 1851, Lincoln represented his first railroad client; the Alton & Sangamon Railroad in a dispute over pledged shares by an investor and landowner, James Barret. Barret was unhappy that the A&S changed the planned route of the railroad, which he believed would negatively impact the value of his land, and thus backed out of financing his share of the railroad.

Lincoln and the A&S won the case, which helped secure railroad charters across the country. The railroad was an early predecessor to the Chicago & Alton Railroad, which connected Chicago with St Louis, and would set a path forward for transportation in Illinois that would later be followed closely by Illinois Route 4, US Route 66, and Interstate 55. The C&A was succeeded by the Gulf, Mobile & Ohio, Illinois Central Gulf (later simply IC), and is still operating under the flag of Union Pacific, running between Springfield and Alton, IL.

Later, as President during the Civil War, Lincoln would sign the Pacific Railway Act of 1862, which gave the work of building the railroad to two companies: Central Pacific, an existing California railroad, and a new railroad chartered by the Act itself – Union Pacific. 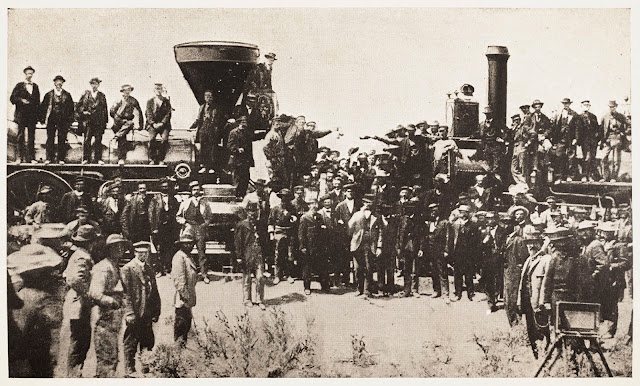 This would culminate in the completion of the Original Transcontinental Railroad in 1869, an event Lincoln would unfortunately not live to see, having been assassinated early in his second presidential term by John Wilkes Booth.

It would only be fitting, then, that Lincoln would be transported across the United States via a funeral train. A cemetery spur track would take the train to his final resting place at Oak Ridge Cemetery in Springfield, IL.