It was intended to spur development into the sparsely populated Patagonia region, but was never extended past its western terminus at Las Heras, and thus had little success in this regard. 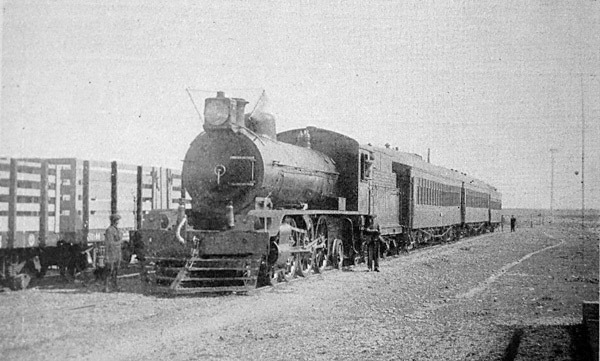 In 1908, the railway was planned, along with an unbuilt connection that would have either constructed another line north of Las Heras, or extended this line north, to Lago Nahuel Huapi, about 400 miles north. From there, another line to Puerto San Antonio would connect to the rest of the Argentine railway network, eventually linking the region with Buenos Aires by rail.

The line was completed in 1911, and was the world's southernmost passenger railway line, although industrial railroads have operated even as far south as Antarctica.

There was another railroad line in the Falklands, specifically the Camber Railway, which was constructed to support the Admiralty wireless station, but was not used in passenger operations.

The 177 mile line fell into disrepair beginning in the 1950's, with services falling to one train a month before its eventual abandonment in 1978. A railway museum showcasing the history of this line and Puerto Deseado exists inside the old station to this day.