The High Line is one of the best known Linear Parks in the world. I was lucky enough to experience this New York City gem for myself during a weekend trip on Cinco de Mayo. Here are some photos, a little history, and my own opinions of the park.

After experiencing the park firsthand, I believe that The High Line raises the bar for rail trails across the country. While many trails succeed in preserving and informing the users of its past life as a railroad and the history behind it, The High Line takes it a step further by actually incorporating abandoned train tracks into its design.
The history and purpose of the High Line as a railroad is well documented. The original railroad was a line built by the New York Central Railroad at street level.
The elevated "High Line" as we know today was built as a response to the numerous deaths and accidents that occurred when the railroad was at street level. The "West Side Cowboys" would ride in front of trains warning pedestrians of oncoming train traffic, but this solution ultimately proved insufficient. The elevated line was built in the 1930's and active until 1980, when it sat dormant until it reemerged as the linear park we are familiar with today.

The High Line linear park is designed to tell a story of a city's adaptation over time, from an industrial and working class past, to a decline, and a rebirth in the early 2000's as a tourist destination. While I won't delve too deeply into the history given how well the story has been told, I suggest checking out The High Line's Website if you're interested, or paying a visit yourself.


Speaking of which, here's how our walk played out.
I visited The High Line in the morning before many of the crowds began, and thus my experience was of much tranquility in an otherwise bustling city. Not to say we were alone on the trail, far from it, but compared to walking across the Brooklyn Bridge, it was much easier to take in the sights and sounds, rest for a bit, and take the High Line in at your own pace. We began from south to north, at Washington and Gansevoort St in the West Village. 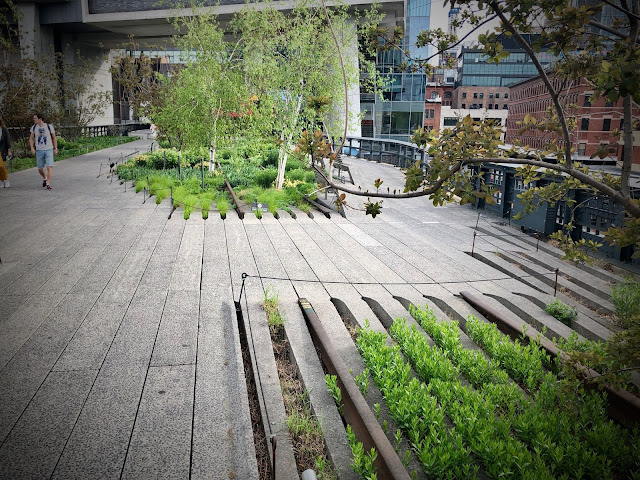 As the park traverses northward, the area has less foliage and becomes more urban and dense.  This transition is relatively gradual. The line traverses from Lower West Side, Chelsea and up to the West Side Yard, which is being redeveloped with new development and skyscrapers, while much of the south end of the line retains an older, more industrial feel to it.

Public Art is also displayed about the High Line, and apparently changes from time to time. 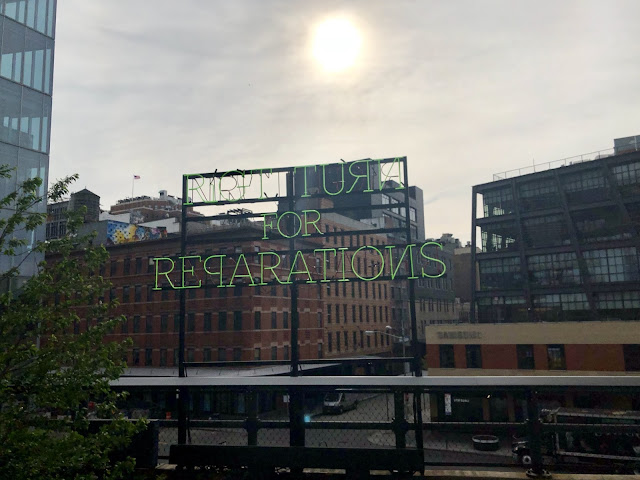 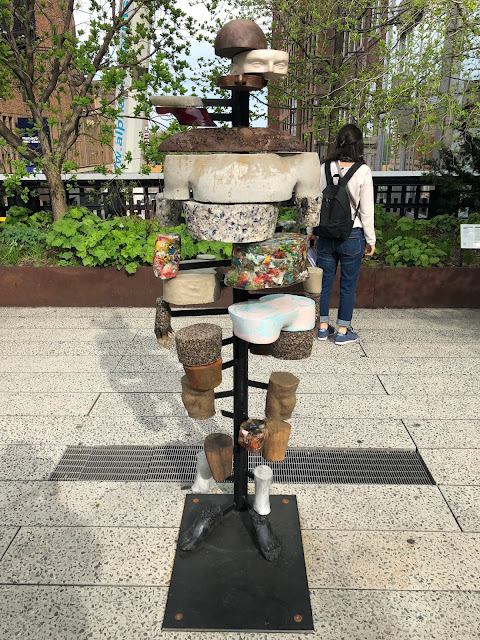 In addition, The High Line offers numerous views of the city below, from blocks as well as new developments on the north part of the line. There are even a couple areas designed to sit and view the city perched atop the line. 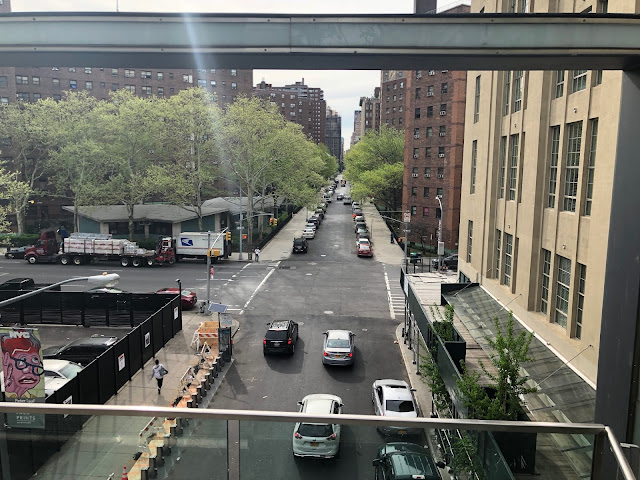 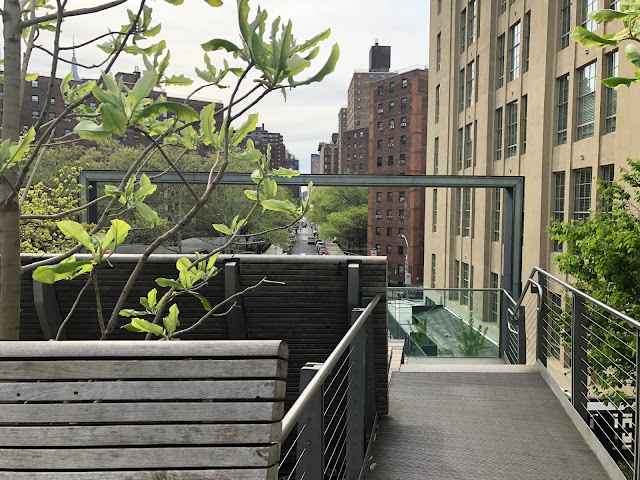 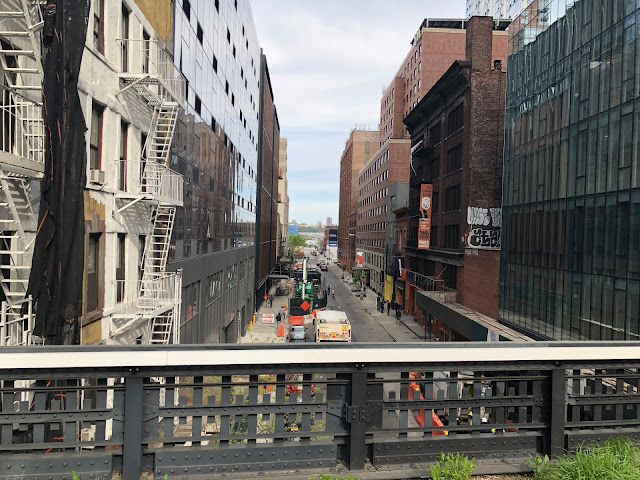 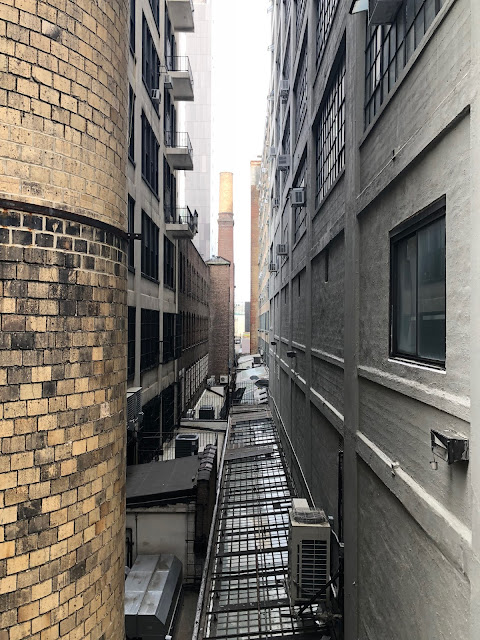 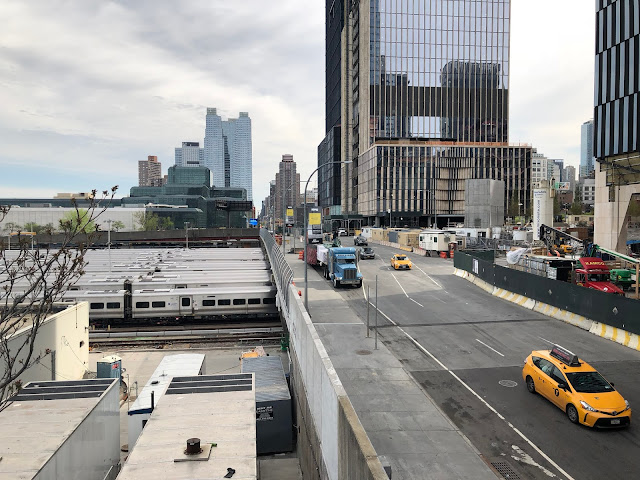 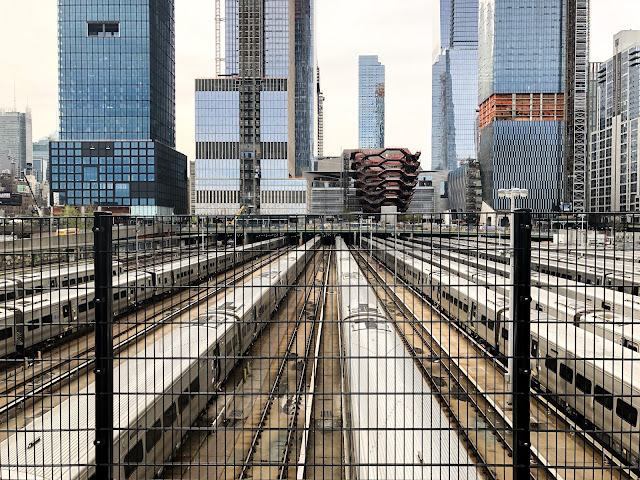 The High Line also traverses through a few buildings, just like it did in its railroad days, giving an even more unique view of the city, all without having to deal with drivers and bike riders on the streets below. 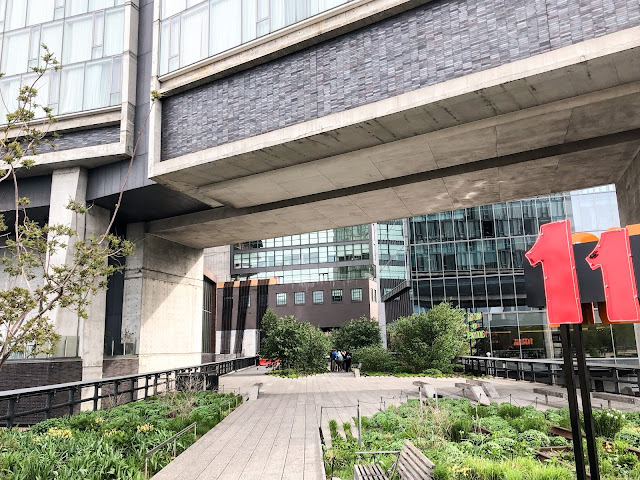 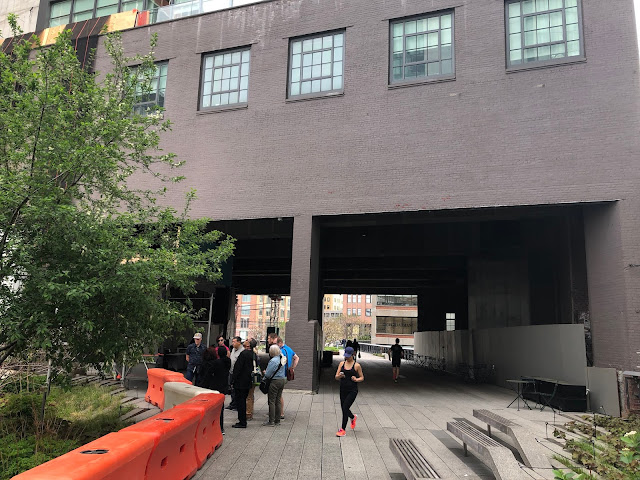 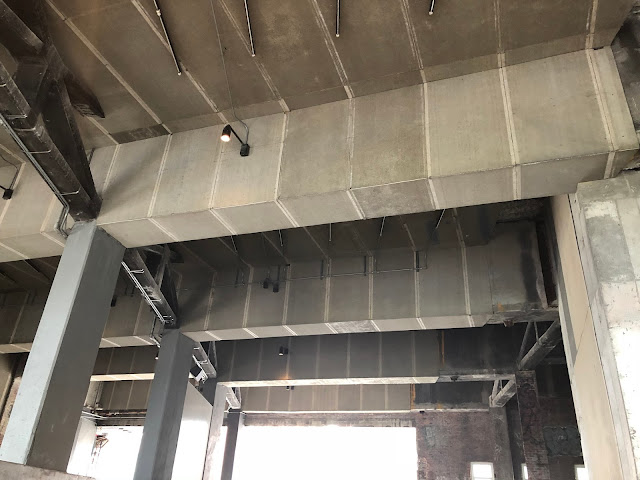 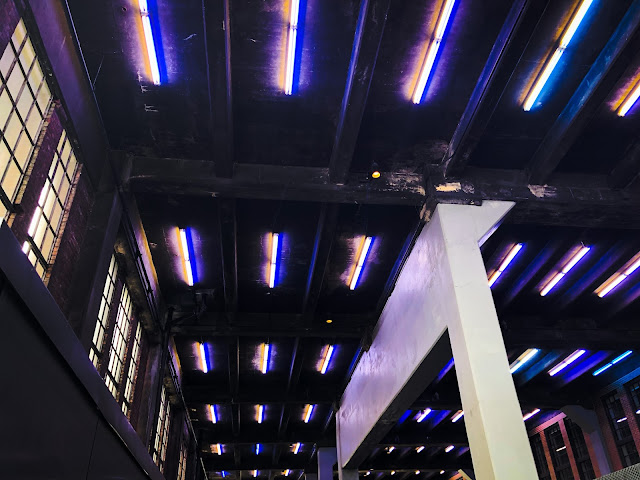 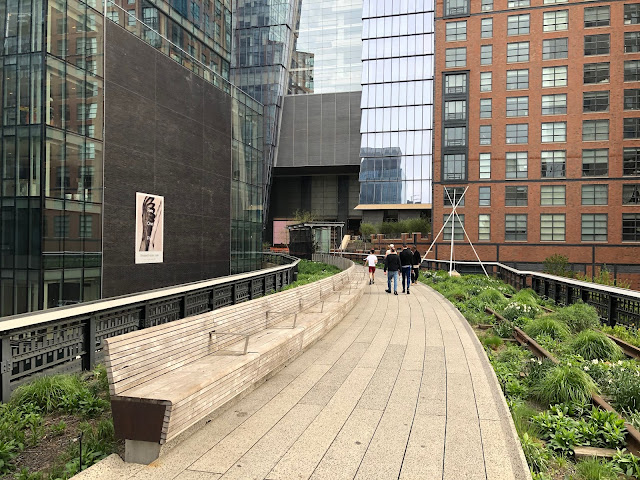 The line itself is relatively free of graffiti, but there are some interesting examples of it on the buildings near the line. 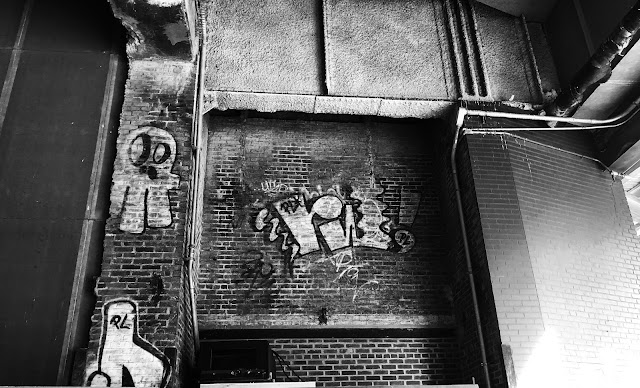 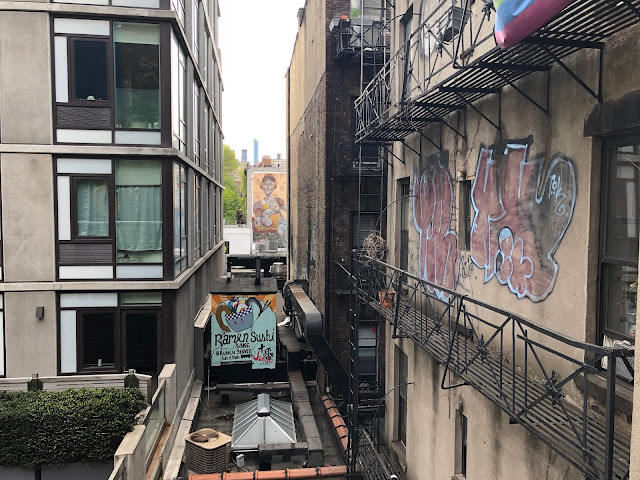 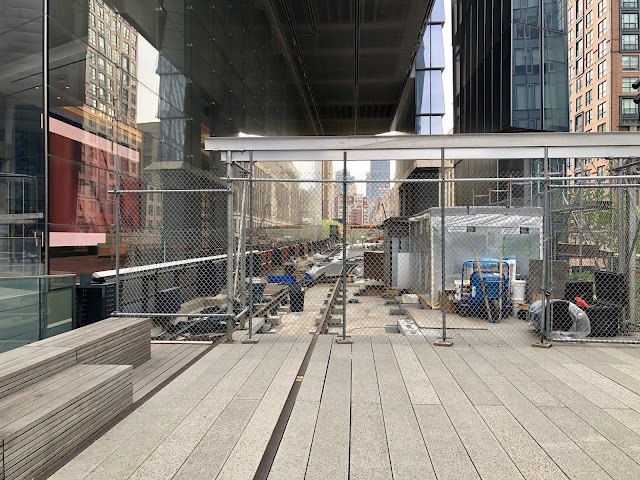 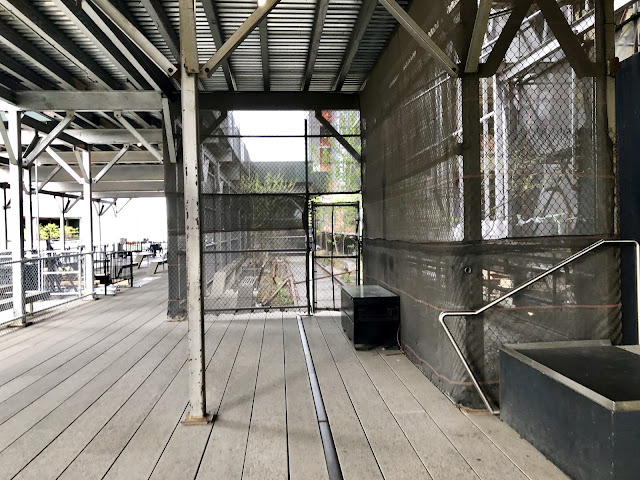 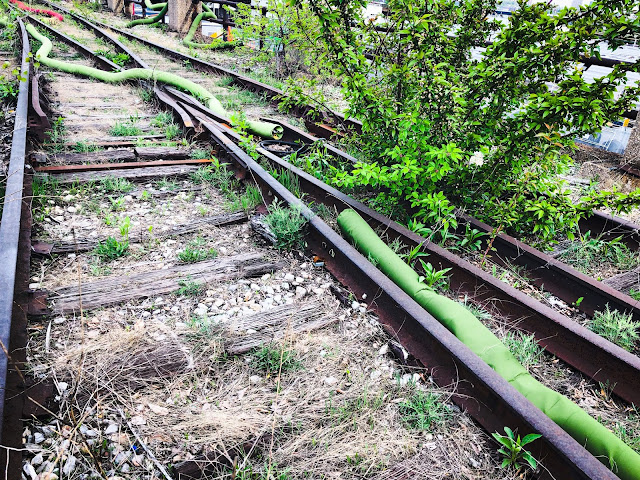 Under 10 Hudson Yards (a brand new building near the north end of the line) there is still some ongoing construction, including the addition of a spur line which ran from 10th Ave & 30th Street a few blocks to the east of here. Speaking of spurs...

At around 10th Ave and 16th St lies an abandoned railroad spur which served the Nabisco factory. While once part of the High Line railroad, it sits abandoned right next to it. About the only criticism I have of the High Line is the lack of rolling stock, which in my opinion would help preserve its railroad history; this spur would make the perfect spot for an abandoned boxcar to call home. 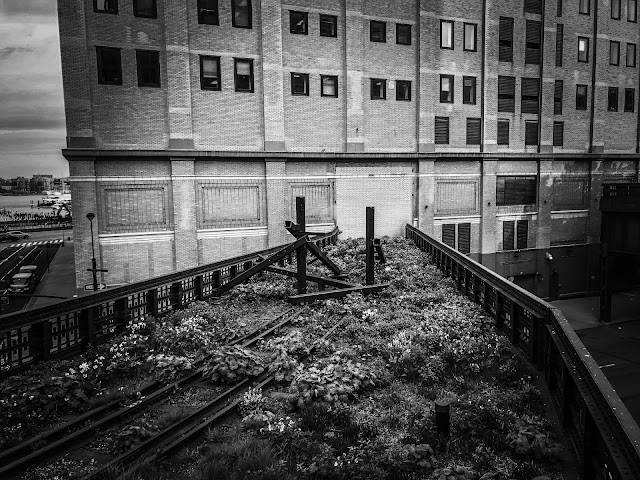 The walk is about 1 1/2 miles, all of which is straight, and is meant to be taken at a leisurely pace. Although there were a few joggers on the trail, there is enough room (at least when I visited) that you never feel too cramped, or that you're unable to go at your own pace and explore. 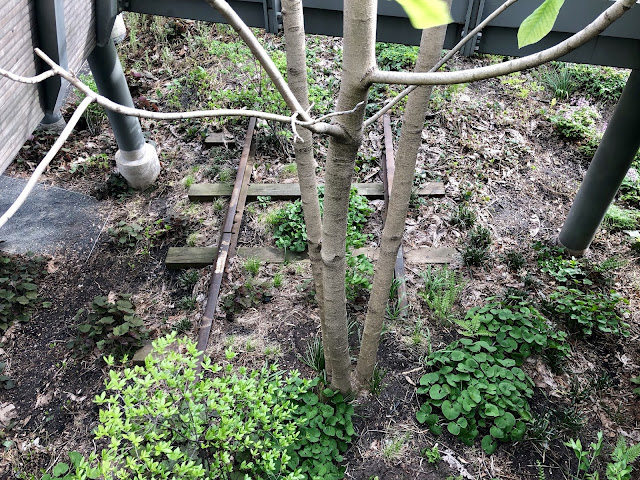 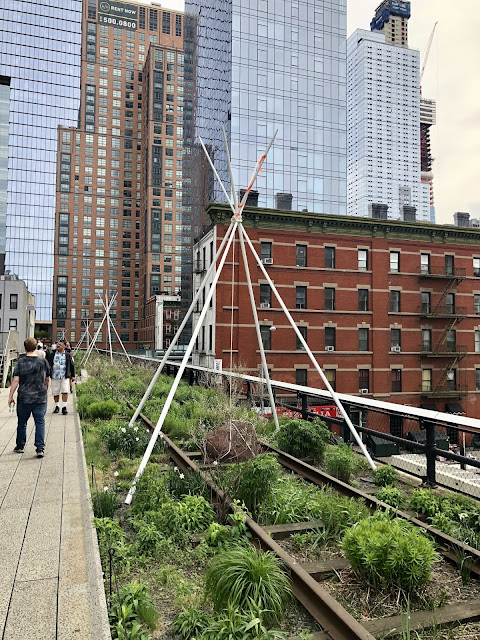 Associated with the High Line is a ton of urban redevelopment and real estate. These are just a few examples; 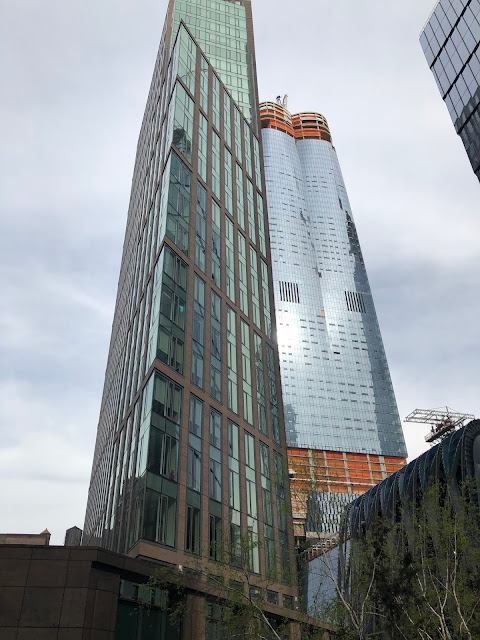 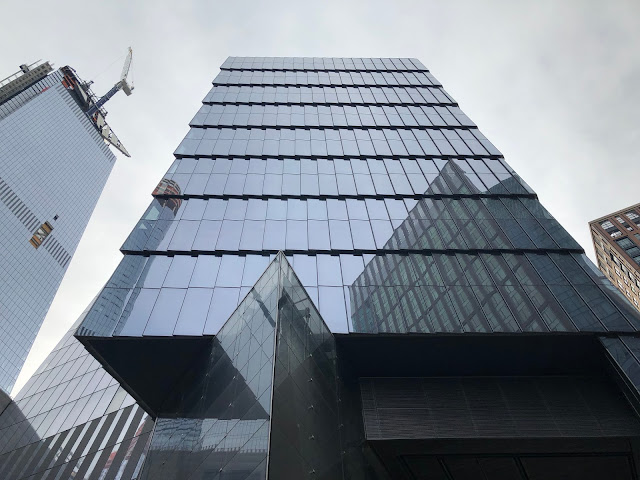 Overall, there's pretty much something for everyone along The High Line, from those looking for a break from the otherwise hustle and bustle of the city, to the railfan or urbanist looking for historic preservation in our developing world, to those wanting to get up close and personal with new sights of New York City. I would definitely recommend coming here at least once. My pictures didn't do the line justice, you must see it for yourself.