The "Hidden" Highways of Illinois 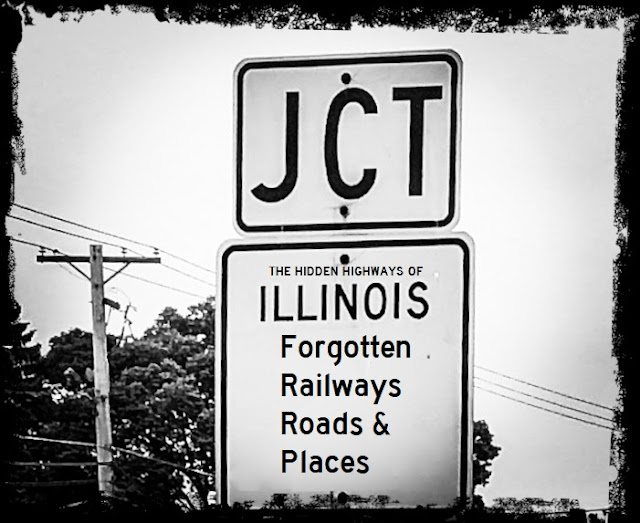 Most people in Illinois are familiar with the numbered route system, for one reason or another. Maybe they curse I-290 on a daily basis, or want Route 53 built already! Regardless, a road's name and number are typically an interchangeable way of describing it in this state.

Illinois, like every state, has a numbered route system, consisting of highways that are maintained by the state, or more specifically, the Illinois Department of Transportation, (IDOT). For example, most of Illinois Route 21 is known as Milwaukee Ave, and either are acceptable and easily understood by most people.

The State Route system has been around since 1918, and just like the roadway network, it has expanded, grown, and changed over time. As US Routes were added, state routes were sometimes decommissioned, and as the Interstate Highway System came to fruition, even more changes occurred, and continue even to this day.

While routes are continuously upgraded and moved, the roads that they once traversed are fixed in a finite location. Thus, in one example, there are no less than four roads in Gardner, IL which were once formerly part of US Route 66.

So what happens to the old road after a new road is built? It is rarely abandoned entirely, as usually the old road still serves a purpose to the local community. In some cases, it becomes a brand new state highway.
That being said, giving a new number to an old road every time one is upgraded would require an insane amount of numbers, so in many cases, an old road that is still part of the state highway system gets no number whatsoever. IDOT refers to these roads as "Unmarked".
IDOT does not say a whole lot about this highway system of roads hidden in plain site. IDOT only briefly states that "Unmarked Routes are those roadways that are not designated by Interstate, US, or Illinois signage."
But here's where things get interesting. There are unmarked state highways in all corners of the state, and they are not simply just old alignments of current state highways. There are some major roads that have no number at all, such as Palatine Rd, Sheridan Rd, and many of the former alignments of Route 66.

In fact, there are many examples of unmarked routes which are significantly longer than some posted routes!


Confounding the confusion, despite the fact that these roads have no posted numbers, they are definitely numbered. These "unmarked" roads are given a hidden number only used internally by IDOT, which occasionally gets leaked out.


In some cases, a road that used to carry a number, but now does not, will be referred to by its former number but not posted. For example, Midlothian Road between IL 176 and Lake Zurich is Illinois Route 63, a number that was discontinued in the 1970's, but is still referred to as such internally by IDOT.
Sometimes, these numbers are unintentionally leaked. In Coles County, IL 316 used to be signed between Charleston and Mattoon, IL, and while no longer signed, is still Route 316.
The marker above is considered a reference marker, showing a mile marker, the route number, and the county. It is not an official Illinois Highway Marker, and is only meant for internal IDOT record-keeping, and to a lesser extent, police and fire agencies.

A few other of these routes have made it onto reference markers. I have discovered about 400 different hidden highways in Illinois, using IDOT's gettingaroundillinois.com, and County Highway Maps, including CookViewer, which is extremely helpful, given just how many of these hidden routes exist in Cook County alone.

I created a map of what I found, but just like when it comes to abandoned railroads, I know there're more to be added. As an exercise in futility, I gave numbers to every hidden route I could find, or used the number IDOT uses to describe the route, if I know it.

Unfortunately, I do not believe that an official map of the entire unmarked state highway system exists, and perhaps more unfortunately, if it does, it is buried deep in the labyrinths of IDOT's records.


IL 8160 - Effingham County
IL 8160 is one of the longest hidden roads in Illinois, and the longest that is not a former route, running for 41 miles between IL 121 and Clay City, IL. The only official road name I could find is "Dieterich Blacktop", which makes sense, as the route cuts through Dieterich. Why it was never officially numbered is beyond me, as there are a ton of roads in IDOT's system that are shorter than 41 miles.

IL 8799 - Clay County
Running between Kinmundy and Louisville in southeast Illinois for 18 miles is another oddity, which made its way onto reference routes but was never given a number for some reason.
IL 8827 - Lawrence County
IL 8827 is a former alignment of US Highway 50, which was moved to a route north of the old road a long time ago. It runs east of Lawrenceville nearly to the Indiana State Line for about five miles.

If anyone knows more about IDOT's hidden highways and reference routes, I would love to hear from you in the comments. In the past, I have attempted to find information about them from IDOT with little luck. All of the data on them is publicly available as far as I know, but widely scattered in IDOT and County Jurisdictional documents.

But I suppose that's part of the fun, discovering something about the world around you, hidden in plain sight.