October 06, 2018
Much like the town of Anthony, KS, North Judson, IN is another town that once was a junction between multiple railroads, today all of which are long gone, save for one huge difference, which is the subject of today's blog.


At this intersection today, the railroad history of North Judson is preserved with the Hoosier Valley Railroad Museum, which does a great job of taking the complicated rail network of yesteryear, and paying homage to the bygone days of each line. Today's blog will show images from what the lines look like today, in and around North Judson, as well as shots from my visit to the museum. 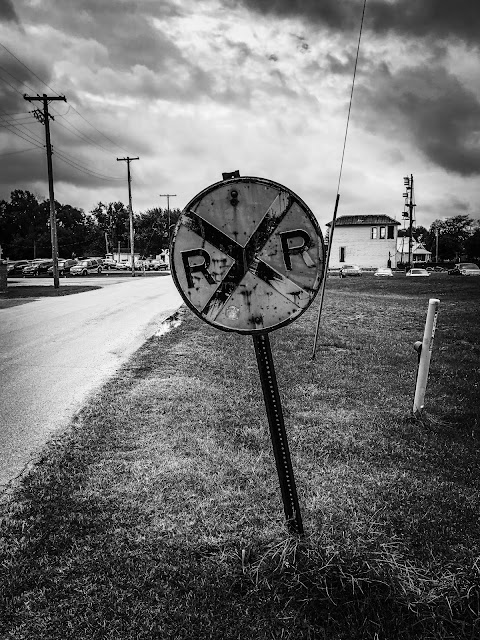 North Judson is one of the two places in northwest Indiana we've discussed where more than three railroads intersected, with the other being the huge railroad intersection in Griffith, IN.

T
he Kankakee Belt Route of the New York Central ran east-west through North Judson, appears to have been abandoned in the 1960's. Running between South Bend and Kankakee, the line is still in service west of Wheatfield, IN.

The Erie Railroad was the longest abandonment to run through North Judson. It connected Chicago to Lima, OH, and continued farther east from there. The abandonment begins just east of the Indiana border in Hammond and continues all the way to Elgin, OH, roughly 176 miles. Only the museum tracks and a couple short line operations less than a mile long use any of the right-of-way today.

The Pennsylvania ran parallel to the Chesapeake & Ohio Railroad immediately north of North Judson, running along the west side of English Lake Rd, while the C&O ran on the east side. Like the rest of the Pennsylvania System, it merged into Penn Central, and later Conrail.
The line appears to have been abandoned sometime in the 1980's. The Erie would merge with the Delaware Lackawanna & Western Railroad, becoming the Erie Lackawanna Railway, who would abandon this stretch of the line. 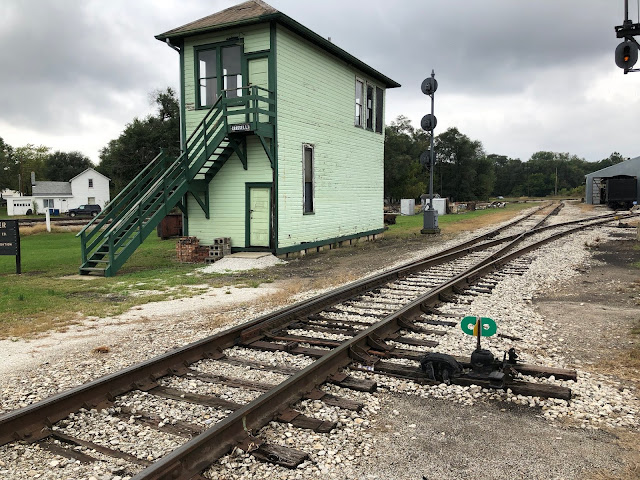 The museum is small but well taken care for, and has plenty of rolling stock, and lots of photos of the history of this place.  The highlight of the museum, which is free, is the heritage train, which runs between English Lake and a farm just east of North Judson, which is $12 a ticket. Well worth the price in my opinion, and it goes to a good cause, keeping the museum running and preserving the history of an important railroad junction.
The museum is a fun place to spend the day, and is appropriate for all ages (there were plenty of young kids there enjoying the ride). It does a great job of taking the history of North Judson, and each of the railroad lines running through it, and preserving it for future generations. If you ever find yourself in Northwest Indiana (specifically, Starke County), I suggest paying them a visit!
abandoned Chicago Forgotten Railroads of Chicago history museum Pennsylvania pictures rail-trails rights-of-way
Location: 513 Main St, North Judson, IN 46366, USA