During the New Deal Era, an era of increased government spending and construction projects following the Great Depression in the United States, there were several industrial railroads were built by the US Government to aid in construction of dams, laboratories, and military bases.

Such was the case of the Wiota-Fort Peck Railroad, first constructed in 1934. (Right of way)

Initial constructed was hampered by the Montana winters, but soon got back on schedule. The line ran from a junction with the Great Northern Railway just east of Nashua, MT, about 13 miles south to the site of what would become Fort Peck, and build what was at the time, the world's largest dam.

"An entire town would be built to house the workers. Roads and a railroad would be constructed to haul materials and people. At the same time, clearing operations were going on at the dam site, where more than 4 million cubic yards of material would be removed. That was a lot of work to be done before building of the dam could even begin." (Fort Peck Dam)

Another seven miles of track around Fort Peck put the total mileage of the road to over 20. 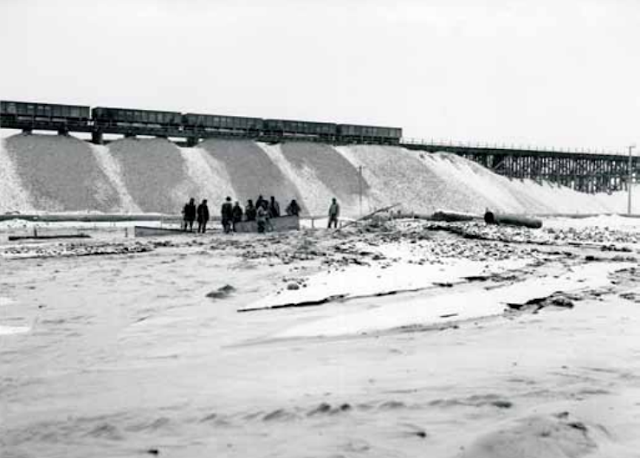 The materials needed for the project also necessitated construction of another railroad line, 130 miles west, between Harlem, MT and Snake Butte. This line also connected with the Great Northern, this time at Harlem. 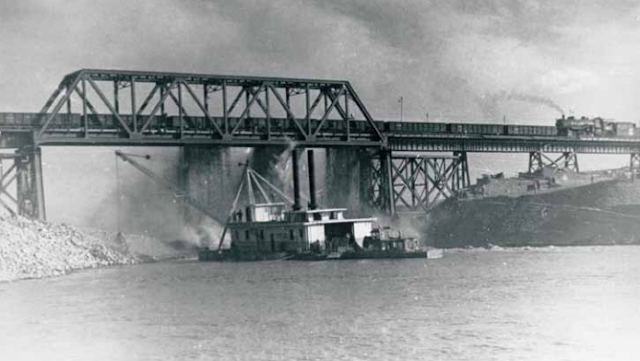 By 1937, the dam was complete, and the railroad had served its purpose, and thus ceased operations.