Kaskaskia, IL: From Illinois' First Capital to near Ghost-Town in Missouri

The City of Kaskaskia was the capital of the Illinois Territory, and first capital of the State of Illinois when it was admitted to the Union in 1818. Originally inhabited by Native Americans for thousands of years, it was first settled by Europeans in 1703, when French fur traders and Jesuit missionaries began settling there.

The city's peak population was roughly 7,000, before the capital was moved the year following statehood, 1819, to Vandalia. Located on the Mississippi River, the city was prone to flooding, exacerbated by deforestation. Steamboat crews cut trees in the area for wood burning. This furthered erosion, which would lead to the Mississippi River switching channels during a series of 19th century floods. 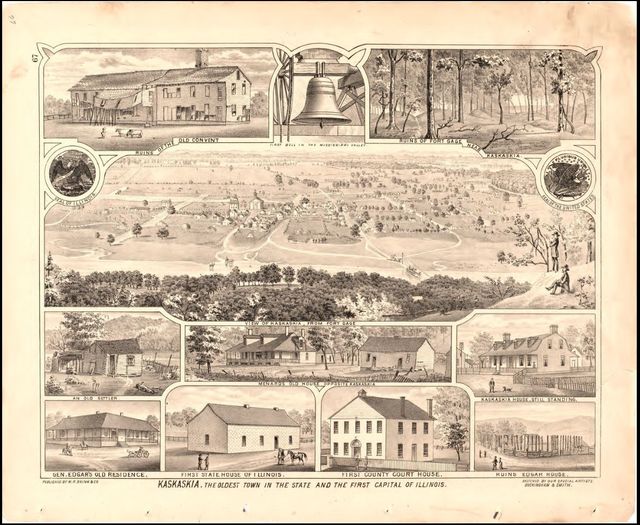 Now located west of the Mississippi River, the town is the only populated place in the state located west of the river, and is only accessible by Missouri, making it a physical exclave. With just 14 people, it is nearly a ghost town, and still frequently floods in the spring. It is still considered part of Randolph County, Illinois, despite only being accessible on land via Missouri.