The Forgotten Railways of Chicago: The Chicago Milwaukee and Gary Line

By FRRandP March 11, 2018
The Chicago Milwaukee & Gary line got its start as the Illinois, Iowa & Minnesota Railway in 1904. In 1905, the line was extended northwesterly from Aurora to Rockford, IL.
The Chicago Milwaukee & Gary name as a railroad was a misnomer, as the line never actually traveled to any of its namesake cities, although it did provide a line to bypass the heavy freight traffic around the Chicago area.
South of Aurora, the line used trackage rights on the Elgin Joliet and Eastern Railway Aurora Branch via Normantown to connect to points south and east of Chicago.
Upon reaching Joliet, the line used its own independent tracks again to connect to Momence and the rest of its lines.
The railroad was leased to the Milwaukee Road in 1922 and eventually sold to them outright in 1930, who would then abandon the Rockford to Kirkland segment. The Milwaukee used the line for transporting coal from its interests in southern Indiana to the rest of its operations, which were generally located north and west from Chicago.
I had always been curious as to how the Milwaukee Road had connected its trackage, which was mostly north and west of Illinois, to Indiana, where it owned numerous coal mines and other property, and the Gary Line was one way in which this connection existed.
The DeKalb to Aurora segment was abandoned in 1947, splitting the line into two disconnected short lines. By 1980, the line was abandoned as all traffic had ceased on the line. Today, right-of-way is now occupied between Aurora and Sugar Grove, IL by the Virgil Gilman Nature Trail.
Virgil Gilman was an important figure for the Fox Valley Park District in its early days. Much of the infrastructure of the trail was built after the days of the railroad; as such, the bridges have a modern look to them, and most are built with trail users in mind, as such, they are mostly just outside the original right-of-way, as can be seen in some of the pictures here.

Between Aurora and Sugar Grove, where these photos were taken, the right-of-way was adjacent to an interurban line to Dekalb, namely the Chicago Aurora & DeKalb Railroad. I visited this trail in March of 2018, and the modern photos in this blog are all from the trail between Galena Blvd and IL-56. 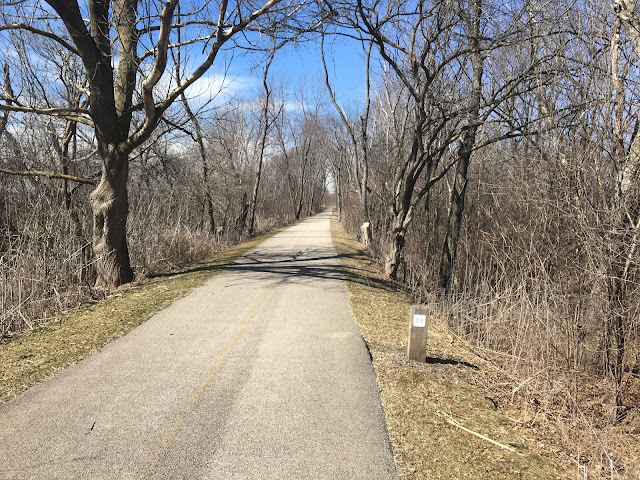 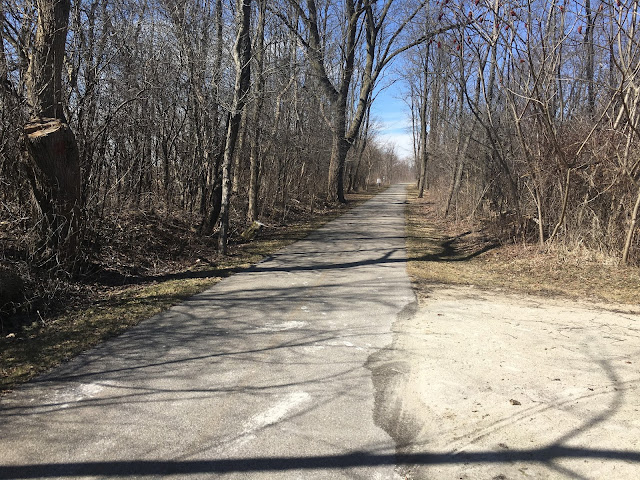 While Sugar Grove is a developing village outside Aurora, it doesn't need a 4 lane freeway to access it. Why then is IL-56 a freeway? This was originally the East-West Tollway, which started at IL-47 in Sugar Grove about a mile south of here and continued as Toll US-30, or present day I-88.
When IL-5 which became I-88 was constructed west of here towards DeKalb, this little freeway was essentially a 4 lane spur to Sugar Grove. It actually used to be Interstate Standard until Golf View Rd was built to connect with a subdivision to the west. 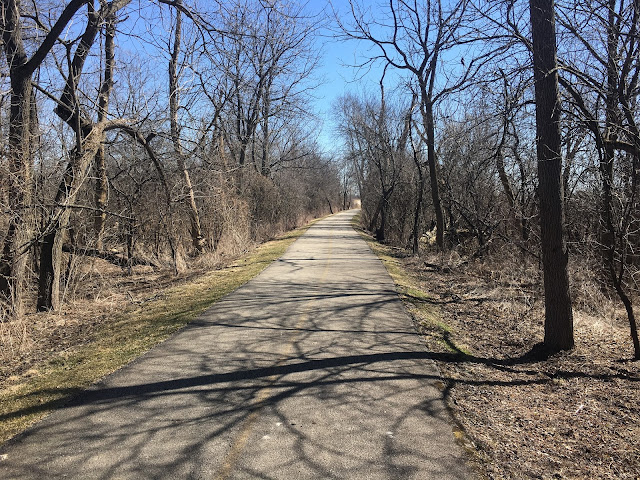 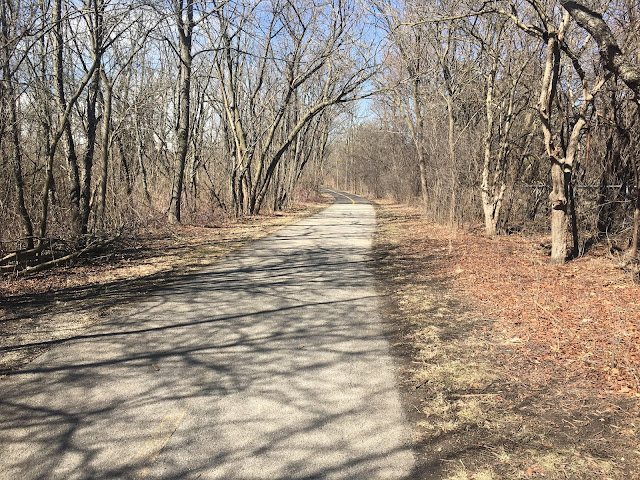