August 02, 2018
Growing up, video games were a big part of my life. From my very first console, the SNES, I loved all sorts of different games and genres. Long before I would visit railroad museums and historic railroad bridges, I also loved seeing railroad tracks in video games, and in pretty much every open world game that had a rail system in it, I would explore all I could.

Usually though, while railroad tracks were a common trope in games, even as early as the 1980's, they rarely featured working trains, other than in backgrounds, which always left me a little disappointed. Ford Racing 3 had a railroad crossing that was permanently lit, which always distracted me even if it was just a set piece.

You must have good reflexes to beat this stage (or know the secret, easy way). You must dodge mine carts and collect bananas, and move the cart onto other tracks, as they frequently end right of the middle of the air. Like the rest of the stages, there's only one checkpoint, so beating this on the first try is difficult, to say the least.

A similar level would be in the much later Wii U game Donkey Kong Country: Tropical Freeze, playing homage to the original game.

Final Fantasy VII was the first entry into the Final Fantasy series on the PlayStation in 1997, and is one of the greatest role playing games of all time. An extremely long game, it takes about 40 hours to beat the first time through.

Part of what makes FFVII so great is that the world in this game is extremely detailed and varied. The beginning of the game takes place in Midgar, a city almost entirely controlled by the Shinra Corporation.


In order to escape the city after being thrown into the sewers, Cloud and the rest of the party must negotiate a train graveyard. The graveyard is a sign of Shinra's neglect, of which there is plenty in this world.

In comparison to the rest of the game, the level is relatively short, but the impact it had on me, and anyone who likes trains and steampunk is amazing, especially when coupled with the musical score throughout the level.

There are also abandoned tracks in a mining town in another part of the game, furthering the in-game story of destruction and neglect by Shinra. I hope the remake gives this level, and the art style in general, the justice it deserves.

Speaking of music, Jet Set Radio Future has one of the best soundtracks in the entirety of video games. JSRF is the Xbox exclusive sequel to Jet Grind Radio on the SEGA Dreamcast, and is essentially a skating and graffiti game set in very large levels for you to explore. It's fantastic, highly replayable, and the cel-shaded graphics are impressive even today. Proof the 6th generations of consoles truly was the best.

Rokkaku-Dai Heights is one of the levels in this game, and its essentially the slums of Tokyo, located near the sewers (which is another level that is only accessible from this stage).

Part of the level has abandoned railroad tracks that you can skate on, both in and out of a warehouse. While their existence isn't explained, its implied that the warehouse is otherwise abandoned, and full of graffiti, which you have to tag over. For just a small set piece in a huge level, it really works well, since its nearly impossible to complete the level without passing through the warehouse at least once.

I really hope this game is eventually emulated onto the PSN or Xbox Live so that a new generation can experience this gem.

The video game adaptation of the amazing Pixar Film wasn't nearly as well reviewed as the movie.

It's not a bad game, but it's not a particularly good one either, and its intended for children, thus almost anyone over 12 would find it extremely easy to beat.

That being said, I enjoyed the open world setup of the game, and being able to drive everywhere. The real Route 66 runs through a lot of ghost towns in the west, which owed their livelihood to the rise and fall of the route. Cars captures this in Radiator Springs very well.

Grand Theft Auto IV defined what going into detail meant in video games when it came out in 2008. Taking place in Liberty City, based on New York City, it felt alive, as though things were going on in the game whether or not you were there.

Much like the real New York City, there are lots of abandoned railroad corridors running through Liberty City (in addition to a fully functioning subway system as well).

What makes GTA:IV stand out from the rest of these video games, however, is that they even based one of the abandoned railroad corridors on one that existed in real life. An elevated line, running through buildings in Liberty City, sounds familiar, right?


Yep, The High Line was in GTA:IV, before it was converted into the linear park that it is today. 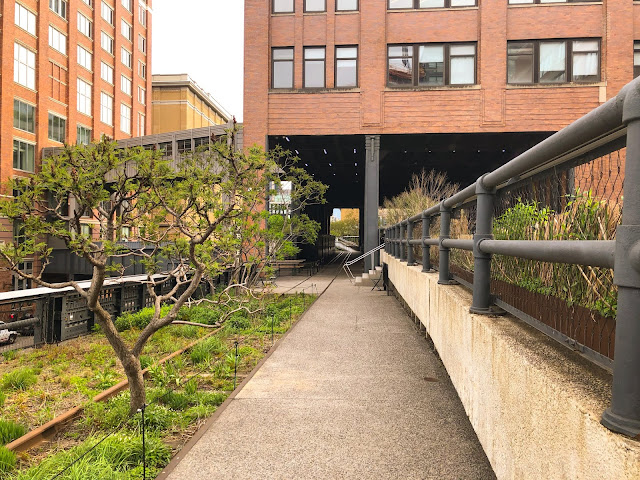 Of course, being a GTA game, there is literally hundreds of things to do, so if exploring abandoned railroad lines isn't your cup of tea, call up your cousin and go bowling.

While I have Rockstar games on the mind, there's actually another abandoned piece of lore in one of their games. Very early (in fact, in the opening sequence) in Max Payne, the titular character enters Roscoe Street Station. 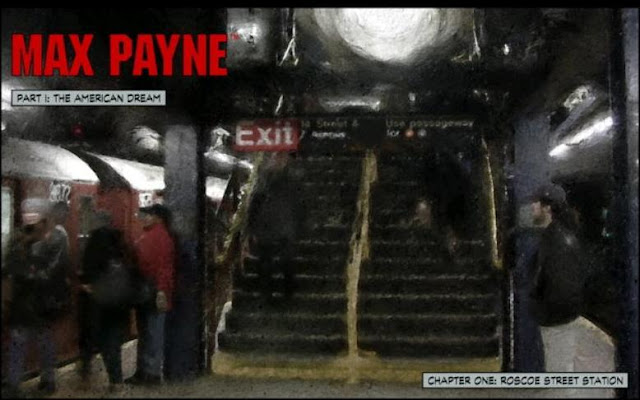 Roscoe Street Station had a tunnel which led to an abandoned station right next door, which hadn't been in use since the 1940's, according to the game. The Mob used the station to access a bank vault in a robbery as part of the game's story.

That Roscoe Street is served by 2,4, and 5 trains implies that it was based off of the 149th St-Grand Concourse Station in Manhattan.

While I never played much of Max Payne, the small little detail intrigued me, that there were tunnels and sealed off doors leading to abandoned subway stations, perhaps hiding in plain sight.

As always, thanks for reading, and let me know if you have anything to add, or if there's railroad tracks in video games that intrigues you!
abandoned High Line history New York City PBAndJ rights-of-way video games