Riverton, Alabama, a Damming Casualty (And the Railroad that Served It)

Once located in the far northwestern corner of Alabama, the townsite of Riverton on the Tennessee River is now underwater, after the construction of the Riverton Lock, which began in 1895 and was fully completed in 1911.

The first major upstream landing on the Tennessee River was Riverton, a former town site in Colbert County, Alabama. Riverton was located on the east side of the junction of the Tennessee River and Bear Creek, across Bear Creek from Eastport. Colbert and Bee Tree Shoals were immediately up river from Riverton and prevented major river traffic between Riverton and Florence, Alabama, for six months of the dry season.

Before the town was inundated however, a branch of the Birmingham Sheffield and Tennessee River Railway, which later became the Northern Alabama Railroad, ran between Margerum and Riverton. 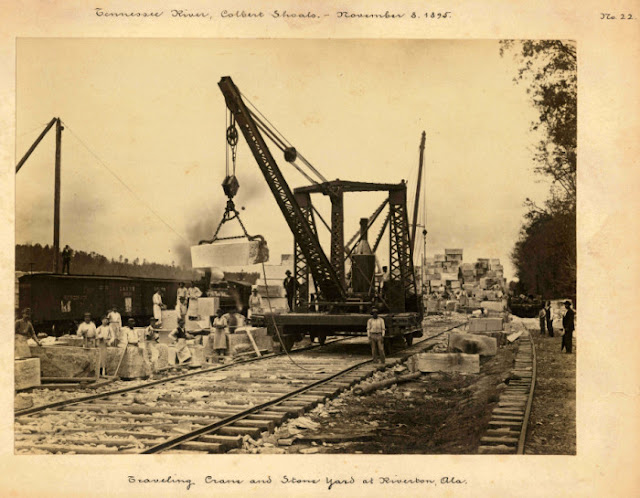 Despite being a branch of the Northern Alabama, the Riverton Branch only connected to the rest of the route via the Memphis & Charleston Railroad, which later became the Southern Railway.

Much of the former right of way is now underwater between Margerum and the site of Riverton. What rights-of-way are visible follow Riverton Rose Rd.