December 18, 2020
A little over a year ago, I started collecting 35mm slides of railroad scenes, in addition to my own railroad photographs, and scanning them into an online personal album. My main interest in starting to collect slides was preservation, not dissimilar to how and why I feel the need to map the abandoned railroad network of the world.
20,000 photos later, and I feel like I have a much greater understanding of what exactly it means to preserve, collect, and curate a photo collection. For one, even with all of the incredibly large amount of data one can store in cloud based databases, not without a significant team behind me was I going to be able to create a geolocated database of railroad images. RRPictureArchives and RailPictures are about as good as it gets as far as that end is concerned.
Some of my thoughts and observations may seem obvious to you; others may find them useful if they choose to create their own collection of railroad slides and photos. Today's blog will thus be a little bit more stream of consciousness than I typically strive to do, but hopefully along the way you'll learn a thing or two about collecting 35mm slides.
I had first noticed from trying to find railroad related items that people were paying plenty for railroad slides, which I initially found odd. But upon further inspection, I'd realized I recognized some of the names of people selling these slides. Almost all of my photos came from eBay, but not all of them. I purchased some off of the site from a couple nearby collectors of slides, one of whom was a well-known photographer who had found his own slide for sale. It was through him I found some of my favorite slides!
I chose to dive in to collecting by buying a lot of about 100 railroad slides on eBay, with the idea that I could sell a few of them individually and recoup my investment. There were plenty that I thought were pretty interesting, but as I was pretty new to the hobby, I didn't market them very well, and none of them sold. I wound up reselling the lot.

I bought some more lots and soon realized there was one big problem with what I was doing, and one truism that transcends almost all industries and pastimes...you get what you pay for.

Yes, there are good deals to be had buying Lots of railroad slides, as selling slides individually is quite labor intensive, so many choose to unload their collections in lots. But if you're buying huge lots of slides at low prices, chances are what you're buying is either 1) very young, 2) in rough shape, 3) some combination thereof.

I eventually found some lots that yielded fruit, and some slides started selling, although I learned the hard way that not every slide is an original, and some slides are duplicated, which can be tricky to spot. That said, many slides that are worth duplicating in the first place mean they're usually of higher quality than originals, and while a dupe will never fetch as much as an original slide, they're still sought after if the time period warrants it.
But in buying lots and selling them, I began to learn even more about railroad history than years of searching Google Maps had shown me. I found a lot of short lines and industrial railroads that I would have never known to look for...and many of these are also the interests of other collectors! Another thing to keep in mind when collecting, is that what interests you may not interest others, and vice versa. Railroad modelers are some of the biggest connoisseurs of railroad slides, and can be interested in unique paint schemes, MOW equipment, or railroad infrastructure that wouldn't interest me in the slightest.

Conversely, the slides that interest me the most, that I wouldn't sell because I want to keep them, are those that show engines getting scrapped, or of currently abandoned rail lines. Many of these I've shared on our Instagram page.
As I shared in the past blog, I have a cheap scanner for my slides, and I personally think it works perfectly for what I need. Some of the more expensive scanners can run in the low thousands of dollars, and while the quality of image is undeniably higher, I don't think it's worth it unless you're going to be scanning professionally, or attempting to resell the images you're scanning. Also, I don't have a few grand lying around. It would be nice if I did! I don't mean to imply that a cheap scanner can replace a hugely expensive one, but it's not like it's a necessity either.
I don't know for certain exactly how many slides I have, although I know I've had about 20,000 slides and photos pass through my hands in some way, if not more. One thing I can definitely say is that quantity does not equal quality. I would trade in an instant a well-curated collection of 1,500 slides or so over the slides that I have presently, which are extremely hard to keep track of, since I hadn't done it initially.
Right now, I have ten binders full of slides, one of which I exclusively use for slides that I'm going to sell. I keep many of the slides I buy and sell many others in small lots paired with similar roads and/or locomotives, although I do sell individually as well. It's not the best way of organizing slides, but it does help in comparison to keeping them inside slide reels or canisters.
Additionally, I don't just collect railroad slides, I've found slides of ghost towns, laboratories, buses, trolleys and airplanes, and those have proven to be interesting as well! 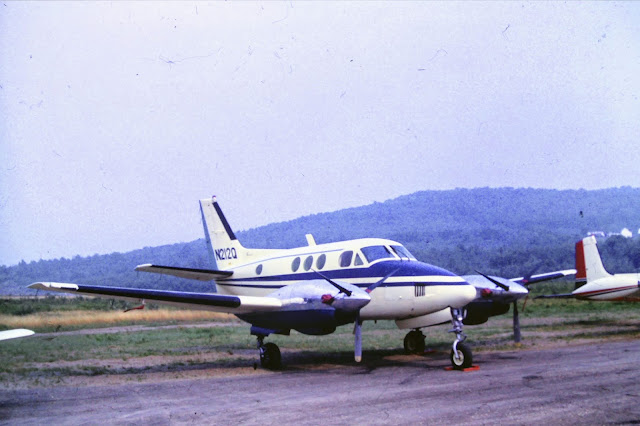 One huge problem, however, and why I abandoned the idea of creating a photo database of geolocated images, is that quite often slides don't contain location information, as all of that was contingent on the photographer writing it on each slide. Some did, many did not, and a few wrote theirs illegibly, sadly. Thus, I have a ton of slides where I don't know the location of where it was taken. The greater online community can and has helped to this end, but many locations are ambiguous, especially if the track and train take up most of the frame, as one would do trying to get a great image.
I know if someone found a slide of the Argonne Industrial District, I would cherish that more than any slide in my collection currently! So, every slide that is reasonably well preserved and a decent enough shot is going to be worth it to somebody, the only question is if you'll be able to find that individual!

Thanks as always for reading!
CB&Q D&RGW pictures steam engines