In remembrance of Pearl Harbor Day, where in 1941 thousands of American military members perished in a surprise attack, we will discuss the construction of the Harbor, in which the US Navy Railroad used narrow gauge railroad lines to both build and maintain the harbor, ship repairs, and transportation in and around the complex. Construction began in 1909. 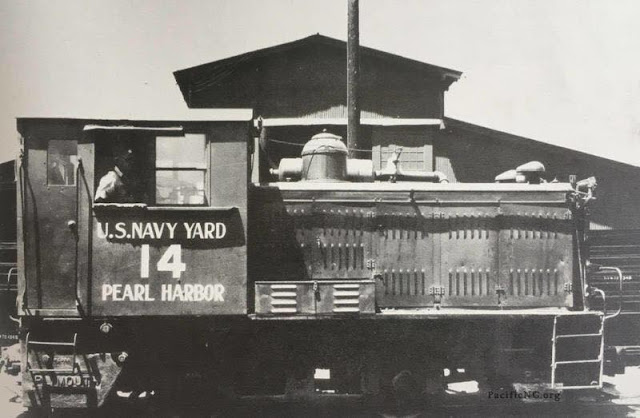 At one point, the Oahu Railway & Land Company ran within Pearl Harbor, but a spur track was installed in 1920 allowing cars between the two railroads to interchange outside of the base.

More information can be found here: