Guest blogger Alain Bernier sent us the blog on an abandoned airstrip in western Quebec off of Route 117. Like many small airstrips over the last half-century, it closed off due to a lack of use. Hope you enjoy exploring more of what the Quebec area's abandoned places have to offer!

The O’Connell Airstrip, also known as the Lac-des-Loups (lake of the Wolves) airstrip, is an abandoned landing strip located at Le Domaine in the La Vérendrye Wildlife Reserve in the  province of Quebec, Canada. Although the “lac des Loups” was officially renamed “lac Jean Péré” in 1935, folks continue to refer to it as the “lac des Loups”. The O’Connell airstrip should  not be confused with the closed O’Connell Seaplane Base (ICAO: CSB9) that was located on  nearby lake Jean-Péré.

Hebert J. O’Connell, a local civil works contractori, built, owned, and operated the expansive  O’Connell Lodge on the shore of the lac des Loups. The lodge was popular with fishermen,  hunters, and wildlife enthusiasts. For Mr. O’Connell and his company, specialized in major  works such as roads and airfields, building a landing strip to facilitate the access to his lodge was  no big endeavor. He built the airstrip in the early 1940’s with an orientation 15-33. It was  located 4.3 miles from O’Connell Lodge. It remained in operation for years, well after the  O’Connell Lodge was purchased by the government of Quebec to become “Le Domaine”, one of  only two road stops in the otherwise largely unpopulated 110 miles of highway 117 through the  La Vérendrye Wildlife Reserve. It has been used from time to time for emergency operations of  Canadair water bombers or as a refill stations for planes spraying insecticide to fight the spruce  budworm. Le Soleil, a Quebec City newspaper, on March 31, 1971, was informing that the  Quebec Department of Lands and Forests would be spending $1,241,000 to fight the budworm  pandemic including $75,000 to build or improve airstrips, including improvements at the Lac des-Loups airstrip. The airstrip is located at kilometer post 321 of Highway 117.

Although the landing strip has not been maintained for years now, its concrete surface is still in  fair condition. It is used from time to time by amateur pilots flying over the area. Landing on  this abandoned strip is more akin to bush piloting than anything else since the strip is not  manned, has no markings or any equipment to assist pilots and does not have any facilities in  case of problems. In addition, any number of obstacles such as holes, rubbish, cars, or wildlife  may be obstructing the landing strip. Recently, a group of general aviation pilots and  enthusiasts formed “Les amis de la piste O’Connell, Lac-des Loups” (The Friends of the O’Connell  Airstrip, Lac-des-Loups). They are working on a project to revive the airstrip a couple days per  year by holding an airshowii. 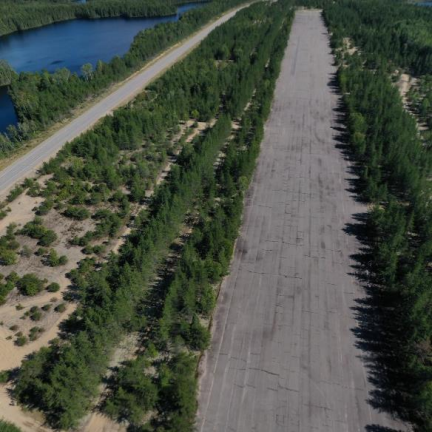 Photo 2: Article informing that the Lac-des-Loups airstrip would be used in the fight against  the spruce budworm 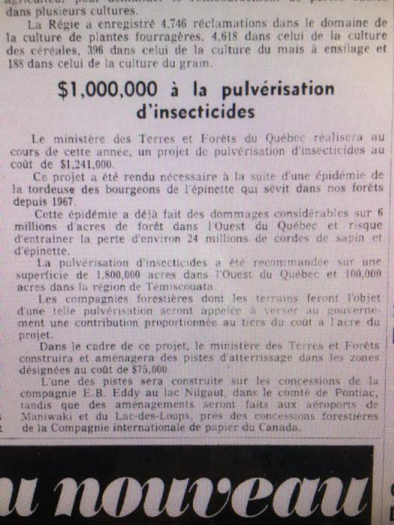 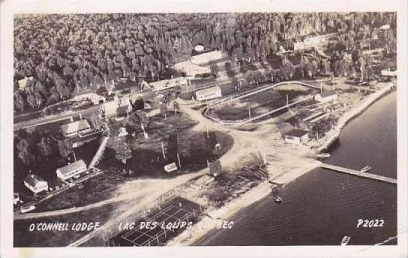 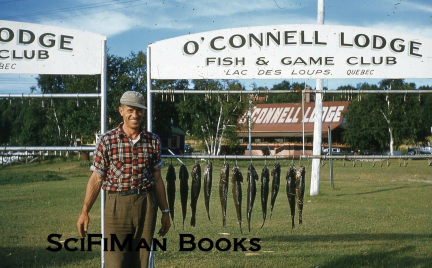