Guest Blogger Alain Bernier sends us this write up of the Montreal and Lake Maskinongé Railway. Thanks once again and hope you enjoy!

Starting in the last quarter of the 19th century, the Government of Quebec directly supported the construction of railways to promote industrial growth and open new areas to settlement. It  was a period where the available land in the St. Lawrence valley had become scarce and when  thousands of French Canadians were leaving the province to settle in the milling towns of New  England.

The “Train du Nord” (officially the Montreal Northern Colonization Railway spearheaded by the  colorful Antoine Labelle, parson of the parish of St-Jérôme, QC) is undoubtedly the best-known of the railway endeavors of the late 19th century. It was built to settle and develop an area of  the Laurentians north of Montreal known as “Les Pays d’en Haut” (the Upper Lands or the High  Lands). It reached St-Jérôme, QC in 1876, Ste-Agathe, QC in 1892, and Mont-Laurier, its  terminus, in 1909. While the “Train du Nord” is somewhat part of the Quebecers’ collective  psyche, numerous other railway lines, less memorable but in no way less essential, were built  with the support of the authorities. One of these lines was the now abandoned railway line built  to reach St-Gabriel-de-Brandon, QC, a town located on the shore of the beautiful lake  Maskinongé.

In 1874, the Government of Quebec formed the Quebec, Montreal, Ottawa and Occidental  Railway (QMO&OR) to link these three cities via the north shore of the St. Lawrence river. Two  private companies had failed to build any portion of this railway as they were unable to secure  subsidies from the federal government due to the opposition of the Grand Trunk Railway that was already connecting these cities on the south shore of the river. With the financial support  of the Government of Quebec, construction started from Quebec City in 1872 and the line  reached Ottawa in 1877. Some local and regional railway lines soon branched out from or  connected to the QMO&OR. In 1881, one of these branches was built by the Great Northern  Railway linking Joliette, QC to St-Félix-de-Valois, QC. In 1886, the Government of Quebec  allowed the payment of a subsidy of 4,000 acres of land per mile over no more than 10 miles in  order to build a railway connecting St-Félix-de-Valois, QC to St-Gabriel-de-Brandon, QCi.

In 1888ii, the Government of Québec issued new provisions to subsidize the construction of this  railway. This time, the project appeared to be more advanced since the subsidies were  specifically granted to the Montreal and Lake Maskinongé Railway Company (M&LMR). The  original subsidies were increased to 5,000 acres of land per mile with an additional subsidy of  5,000$ per mile, over no more than 13 miles. The deadline to complete the line was extended  to June 21, 1889 since the original deadline had expired on June 21, 1888. The M&LMR had  been incorporated in 1887 with the specific purpose of linking St-Gabriel-de-Brandon, QC with  the Canadian Pacific Railway (the former Great Northern Railway line from Joliette) at St-Félix de-Valoisiii. In its August 2, 1888 edition, the Journal des Trois-Rivières informs that the M&LMR  had laid 10 miles of trackiv.

The railroad was inaugurated in 1888. It was rented to the Canadian Pacific Railway (CPR) in  1892. The Montreal and Lake Maskinongé Railway was renamed the Joliette and Brandon  Railway in 1905 and the latter was taken over by the CPR in 1962. The railway supported the  industrial development of St-Gabriel-de-Brandon, in particular the sawmills. It also brought in  scores of tourists who were drawn by the beauty of the area. In the 1950’s and 1960’s, taking

As with many other local and regional short lines, traffic started to decline after the Second  World War. The passenger station closed in 1972. On April 19, 1983, the CPR was authorized to  abandon a 10-mile section of the St-Gabriel subdivision between St-Félix-de-Valois and St Gabriel-de-Brandon and the track was removed. On July 3, 1990, the CPR applied for permission  to abandon a further 10.7-mile section from Joliette to St-Félix-de-Valois. At the time, CPR’s  main client was Bell Gaz Limitée, a major propane gas distributor. Bell Gaz was receiving 60 to  65 tank cars per year to supply its storage facilities at St-Félix-de-Valois. On January 25, 1991,  the CPR was authorized to abandon the line between Joliette and St-Félix-de-Valois, but the  Canadian Transportation Agency afforded Bell Gaz with 11 months to find an alternative supply  route before the CPR could effectively abandon the linevi. Discussions ensued between the CPR  and Bell Gaz. An agreement was eventually reached and in 1992vii, the section from Joliette to  St-Félix-de-Valois was sold to the Compagnie du chemin de fer de Lanaudière a short-line railway  incorporated by Bell Gaz to supply its storage facilities. It remains in operation today. 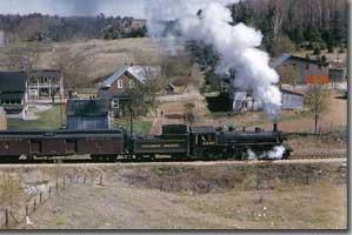 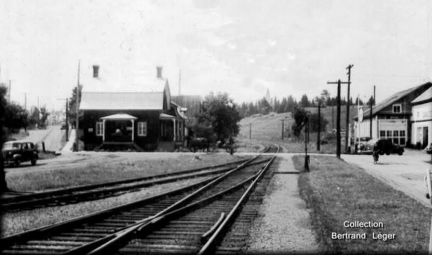 Photos 4 – 5: Schematics of the new St-Gabriel-de-Brandon station after the 1922 fire Source: CPR Archives 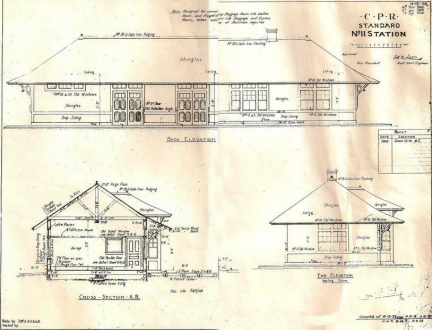 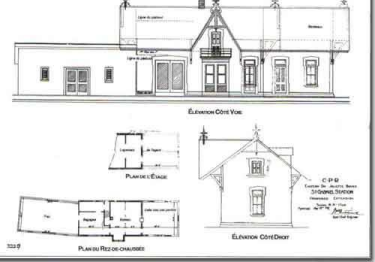 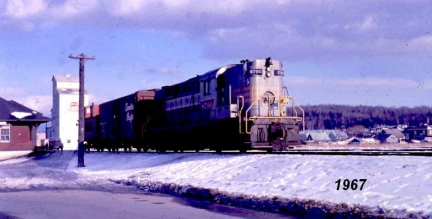 Photo 7: Skiers getting off the train at St-Gabriel-de-Brandon station, c. 1940 Source: Postcard 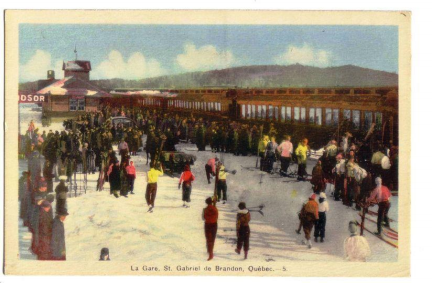 Photo 8: The CPR’s St-Gabriel subdivision crew in front of the St-Félix-de-Valois station in 1907 Source: Unknown 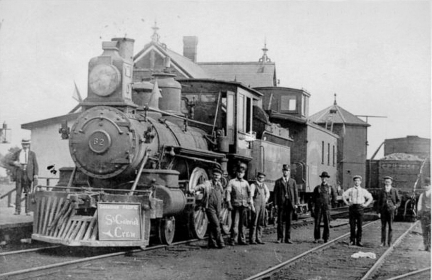 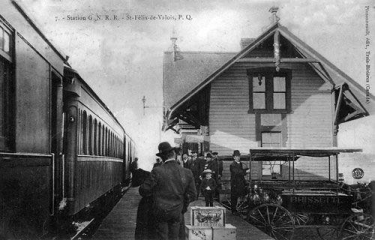 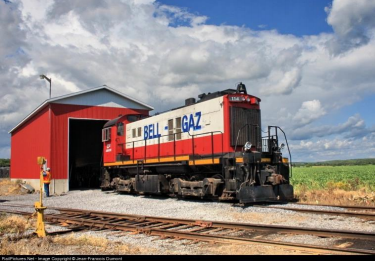