By FRRandP December 31, 2020
In spite of our differences, I'm pretty sure we're all sick of 2020, and would all like to move on from it. I'm not going to get into the obvious reasons why this year has sucked, since no one needs to be reminded, so as we recap this year, we're going to steer clear of all that and hopefully provide some context as to what we plan to do in the coming year.
In early January of 2020, we decided to build an app for our abandoned and out of service railroad lines map. As of this writing, it still isn't out, although it is completed (finally). It will be released soon, as soon as it is approved by both Apple and Google. We had hoped to release it in March. And then July, and every month after that. It finally became clear to us that our developer had no idea how to complete the app, and we had to start from scratch once again in September. Funny how when you have the right people doing the right tasks, things start to move better!
Funny, but the story of 2020 actually begins slightly earlier, at the end of 2019. In 2019, we were averaging close to four blog posts per month, and then right after Halloween, I fell off a cliff. I had a serious case of writers block. I was putting more of an effort into our Facebook page, instead of sharing other's posts, I was writing nearly daily small blurbs on railroads and somewhat ignoring this site. I had planned on writing a big blog on Disney World, as my now-wife and I visited in December. That seems so long ago, unfortunately!
By the time we got to Orlando, however, I was exhausted, I didn't take many pictures, and frankly all I wanted to do was relax, not talk about the Disney Steam Train Tour, which we considered for a blog, as well as the story behind the Big Thunder Mountain Railroad, the abandoned Fort Wilderness Railroad, and the Monorail. And to this day I still haven't, nor do I plan to anytime soon. So goodbye 2019, and hello 2020!....
One of my New Year's Resolutions was to build the app, and I began looking for developers shortly thereafter. Early on I could excuse my lack of blogging to being busy with the app, but as of February, I had only written about one proper blog for the year.
In March, I released the concept for the next step in our mapping progress, right as the ongoing pandemic really took hold of the world. Initially, the pandemic did not impact the app, but as it became clear that the first iteration was not going to be viable, the Chicago-based developer I picked to head the second iteration was clearly impacted by it.
On the blogging side, however, JetLaggedJaff contributed a couple blogs to this site, namely his experiences at Dachau, which has some of the saddest railroad history in existence, followed by much happier blogs of visiting Toronto's Railway Lands and CN Tower and Macchu Picchu. This meant I only had to blog about the app and Auto Trails around that time period!
By May, I think I had finally gotten back on my feet with blogging, even if I was mostly doing some miniblogs, but its not like myself and the rest of the world did not have more pressing matters at hand. My wife and I visited the East Troy Electric Railroad in early June, and while I did not blog at that time, I will be sharing those pics in January! 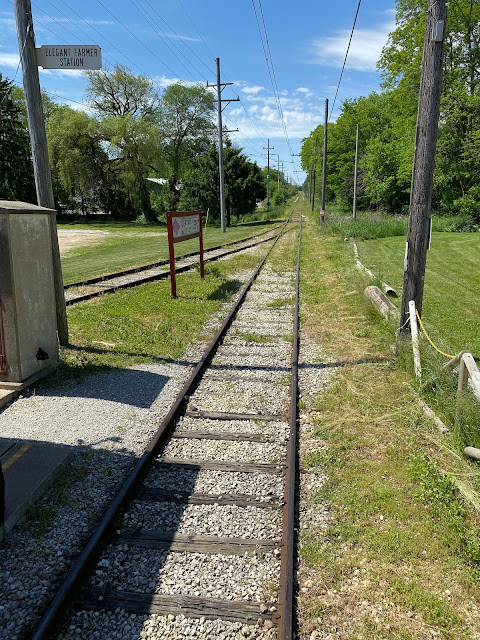 I've tried twice to incorporate blogs on video games into this site, one of which was on Desert Bus, which is somehow both incredible and insane that such a game exists, even if it never officially released. Around this time, I decided that if I'm going to copy my Facebook posts, I may as well add some more photos, links and overall context if I'm going to have people click the links to this site. So far, that approach has worked quite well.
This summer, I also began graduate school, and it initially became a burden to blog and to work on schoolwork; however I think it was a blessing in disguise for this site. I've been poring over maps and collecting data on biodiversity in the area, and in my data collection work, visited quite a few local sites, which reignited my wanting to write in the first place, as I went from writing no blogs in October to 7 in November, and this December has by far been my largest output of writing, and I have a ton more to write about! I've had to schedule blogs weeks in advance so as not to overwhelm you with information!
So all this leads to the question of what is 2021 going to look like for this site, our social media presence, the app, and other projects?

I can tell you we have a new project in the pipeline, although I can't divulge more than that at this time, but it will definitely be a labor of love. 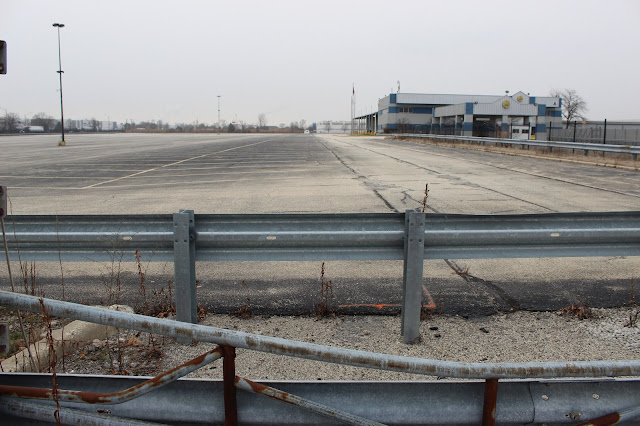 We are absolutely going to be redesigning the website early in the next year to better go with a black-white-red theme as opposed to what we have now. I don't know how significant of changes I want to do yet, like with migrating the blog somewhere else, but at the very least there will be aesthetic changes to the site.
There will also be an increased emphasis on the latter parts of our name, Roads and Places. I have probably mapped about 95% of the abandoned railroad network of the United States, and while I have plenty to go in other countries, especially outside of the English speaking world, I don't want to neglect the other parts of this blog.
To that end, I'm currently working on a bit of a GIS project that thanks to ESRI isn't really going anywhere at the moment, but I hope to share at least some of it with you in due time. Additionally, we've added hundreds of new Ghost Towns and Abandoned Places to that map recently.
Finally, I have more to discuss than just railways, roads and ghost towns, amusement parks, airports and other abandoned places that we've covered. So in addition to likely focusing more on local history (i.e. DuPage, Will and Cook Counties), we are either going to be expanding this blog a bit, or more likely, adding new blogs to discuss about.
Some ideas we have floating around are current events in roads, railways and places, weather history, sports history, and a more personal blog where I can discuss my thoughts on whatever comes to my head. If you have any other ideas on what you'd like to see (or read, more accurately) please let us know!

Finally, the app, server costs, and little things that add up (like domain names, equipment, gas, etc.) do make this blog lose money, even with ad revenue. Under no circumstance will I ever put any of my data behind a paywall, but with that said, if you are willing and able to help contribute, we have set up a donate button for PayPal, where you can contribute money (and even set up a monthly contribution) if you're feeling generous and believe this content I produce is worthy of your sponsorship.
I had considered getting a Patreon but 1) their fee structure is insane and 2) the way that Patreon is set up kind of forces you to make content behind a paywall, or at the very least provide some additional content beyond what is shown to non-contributors. I don't want to do that. Any/all contributions we receive will go towards running this site and future projects, and will have our upmost appreciation!
Thank you all for reading, and I look forward to 2020 being over and the new beginning of 2021 more than I ever have!
RailROWMap